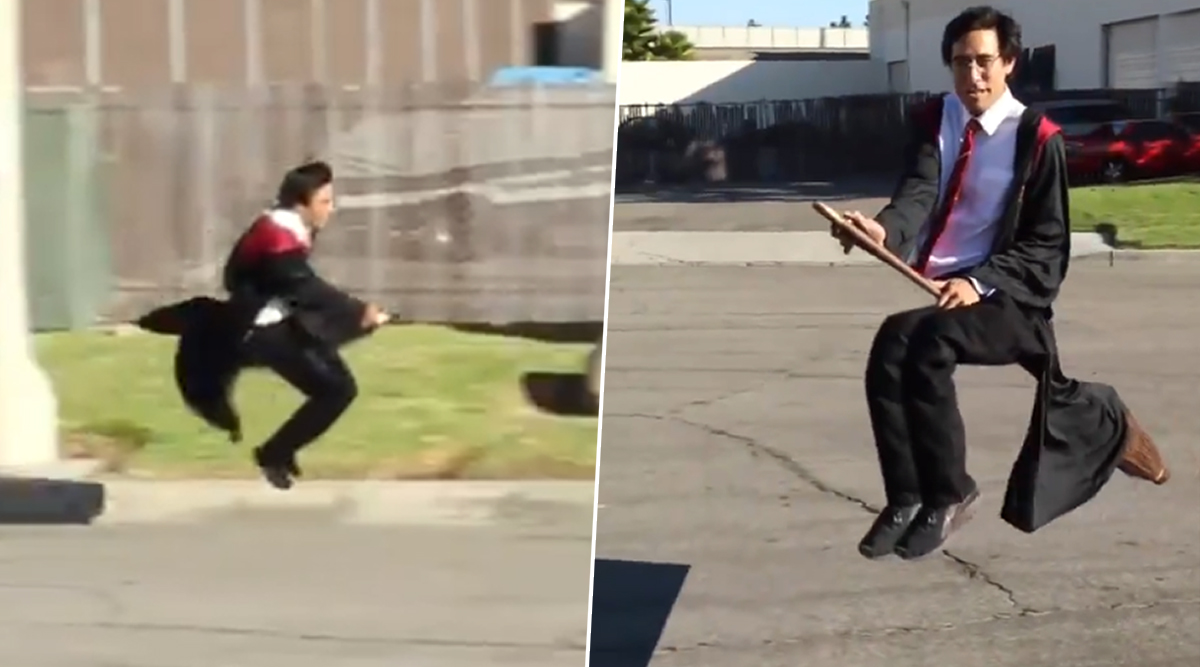 If you have watched Harry Potter then you must have at least once wishes to fly on a broomstick. The way the wizard boy flies swiftly on a broom left a lot of us wanting to do the same. Now a magician named Zach King managed to do it and the internet is going crazy! King, based in California put up a video of himself very cleverly doing a trick which shows him flying on a broomstick. The video on TikTok alone has over 8 million likes and 31,000 plus comments. It is going viral on other social media platforms also. The viral video itself has the answer to how King does it, but the way he appears to swiftly fly across has left everyone spellbound. TikTok Users Gripped By Another Viral 'Chair Challenge' Which Apparently Only Women Can Complete (Watch Videos).

29-year-old Zach King is quiet popular on social media for his crazy magic tricks. His YouTube channel alone has over 5 million subscribers. But his recent video of flying on a broomstick dressed like Harry Potter has left everyone bewildered. He shared the video on all mediums like Instagram, Twitter and TikTok and people are showering all the love and amazement. In his caption, he wrote, "They rejected my application to Hogwarts but I still found a way to be a wizard." Towards the end of this clip, he reveals he's actually moving on a skateboard. He is using a mirror to cover it which blends in perfectly with the background as he scrolls past. But the way he creates an illusion has left everyone impressed. Some have questioned if its a edited video.

Although his video reveals that he used another screen and a skateboard, what many seemed confused about is how it all blended in the background with him moving. People commented that it is more a green screen effect and is edited than what is just shown here. Check some of the comments.

Lol obviously this isn't just a mirror. This is just edited.

Given that he is a magician, he will really not reveal all of his tricks to the audience. But there are certain such videos that keep coming up online every few days. The optical illusion hand trick was another thing that had gripped all netizens a while ago. The girl in the TikTok video performed a mind-blowing hand swap illusion and everyone wanted to try that out.