Tinder Date Gone Wrong! Man Meets GF's Parents Only to Find Out That He Has Had One Night Stand With Her Mother

"Props man for telling the truth. You’re a gem & any girl would be lucky to have you. Sorry about your rotten luck though," a comment read. 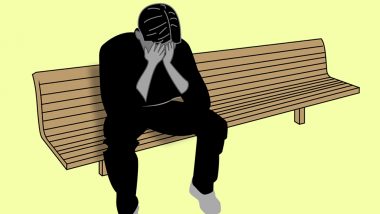 With the advancement of social media and high-end phones, online dating has become more common and easier than earlier. The world becomes really small where you can now know most eligible people for dating or one-night stands around you via easy apps such as Tinder, etc. However, things didn't go very well for this 21-year-old man who probably had one of the most awkward situations as he planned to meet his girlfriend's mother. it was particularly awkward when he realised that he had previously slept with his new girlfriend’s mum. The man took on to Reddit to explain his ordeal. He said he went to visit his GF's parents where he realised that he already had a one-night stand with his GF's mother. The man explained that the town that he resides in had very few clubs which means you often see the same faces. With three decent clubs in his town, he went to one of the rock bars where he spotted a woman in the corner with whom he chatted and exchanged numbers. They chatted and got her number. A few weeks later, he bumped into her again and ended up going back with her to spend the night together. Love Gone Wrong! 25-Year-Old Girl Jumps to Death From GIP Mall in Noida, Suicide Note Mentions Rift With Lover.

In his now viral Reddit post, he said, "I noticed she was a lot older (maybe around 40) than anyone else I’ve slept with before, and I’m 21, so pretty much double my age – but she looked good so I figured I’d learn a thing or two. All I’ve learnt now is how to regret more efficiently." However, once he spent a night with the woman he never saw her again, in fact, forgot about her and after a while started seeing a 19-year-old girl, who he met on Tinder. He went on a few dates and realised that things were going really well with her. The girl soon invited him back to her house.

He then described his experience when he was on his way to her house. He explained: "As I walk down the street, I notice it’s the same one as my previous bonk. My heart sank when I watched this lovely girl turn to face me, say “This is me!” while gesturing to the same door that I went through for a cheap one night stand. I suddenly see the resemblance. Quickly I compliment her house and ask her how long she had lived there, grasping at some flimsy straws. “My whole life pretty much. Just my Parents, lil’ Sister and the dog.” she replied to him.

‘Everyone was home. I knew this. I had to tell her," he explained his guilt. He soon broke the news to her that he had slept with her mum. He also explained that the new girlfriend got an idea because he got her mum’s name right and she was incredibly shocked. He further said, "I knew she was level-headed from our first few dates so thankfully she actually understood and didn’t attack me for it. We do agree we can’t keep seeing each other (duh) but I really did like her, which can be rare for me, so it f**king sucks. She didn’t mention her parent's marriage and I don’t want to ask. I also don’t know how the house was free a couple of months ago. All I know is I f**ked up."

While most comments either called him out or made fun of him, some even applauded his honesty. One comment: "Props man for telling the truth. You’re a gem & any girl would be lucky to have you. Sorry about your rotten luck though."

(The above story first appeared on LatestLY on Jun 02, 2019 07:57 PM IST. For more news and updates on politics, world, sports, entertainment and lifestyle, log on to our website latestly.com).