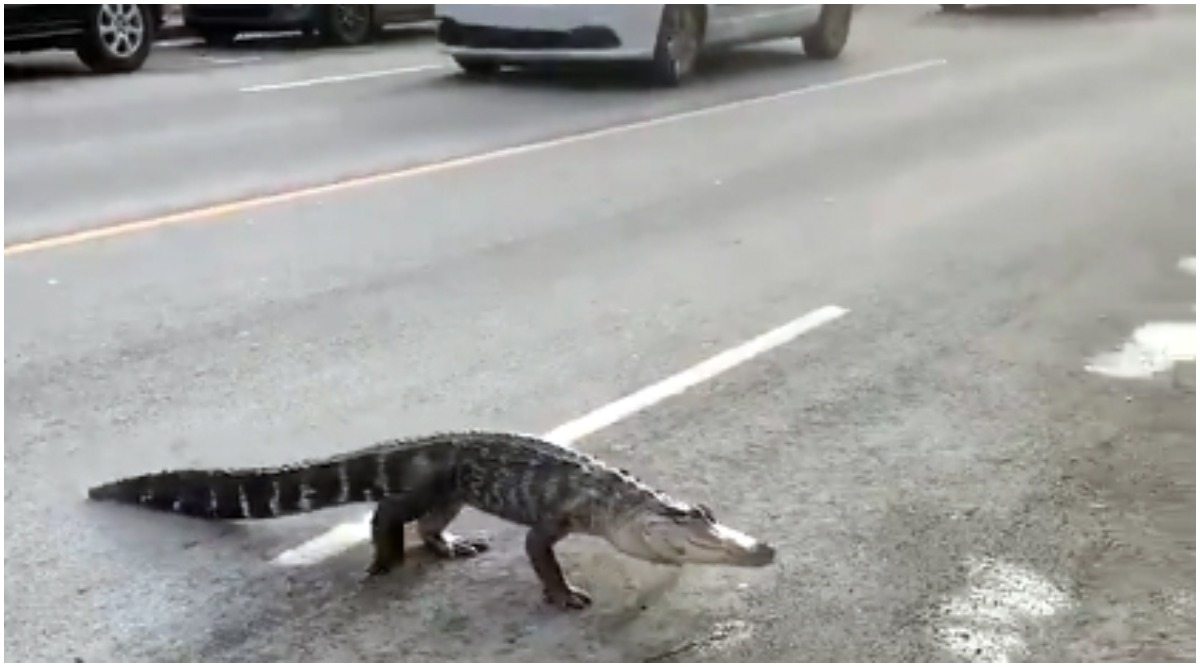 Montreal (Canada), Dec 18: It was not exactly a catwalk, but got Twitter users really interested: A 14-second video clip of an alligator sauntering across a city street and hiding under a parked vehicle went viral after a user posted it. The post on @mayssamaha along with the clip on December 15 said: "Just an alligator crossing Jarry (Street), no big deal. #montreal #shook".It got 214.4K views. Alligator With a Knife Stuck in its Head Spotted in Texas Lake!

The post got 934 retweets and 2.7K likes. One user retweeted it and wrote: "Gator says later and meanders across Jarry Street." "Definitely Montreal, it's jaywalking," said one user. One post read: "Very likely it was someone's pet that naturally grew too big for them to handle, and instead of finding a new home for it like a responsible person they dumped it."

A Twitter user reacted: "That's literally the only explanation I can think of, because it sure as heck didn't get up to Canada of its own power. It'll be lucky if it makes it another 48 hours if someone doesn't take it in and get it warm." One user commented: "Get him a jacket."One user posted a funny comment: "I don't believe it, they're just alligators."

Another Twitter user said, "I Abet someone is looking for his alligator." A media report later said the alligator spotted crossing Jarry Street East on Sunday afternoon had accidentally escaped from a van parked nearby as its owner company's staff took a lunch break. Police confirmed the reptile belonged to a company that undertook exotic animal demonstrations.