The video also shows the woman punching and slapping the baby as the child continues to cry. 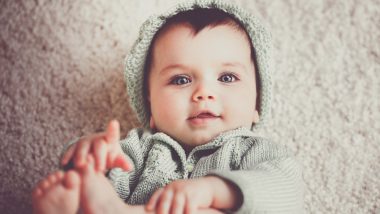 Jammu, April 12: A shocking video of a woman thrashing a baby has gone viral on social media. In the clip, the woman can be seen seated on a bed with the infant crying in her lap as she argues with someone.

Soon after the incident came to light, the police traced the video to Jammu and Kashmir from where the suspect was arrested. Hyderabad Gets 'Tree City of World Tag' For Second Consecutive Year.

After the video went viral, the police quickly sprung into action and launched a probe in order to nab the woman. A police official said that the woman in the video is a resident of the Samba district in the Jammu division.

The woman was arrested and has been booked under relevant sections. While the baby is safe, a police official said that the arrested woman has been identified as the mother of the child.

(The above story first appeared on LatestLY on Apr 12, 2022 04:10 PM IST. For more news and updates on politics, world, sports, entertainment and lifestyle, log on to our website latestly.com).