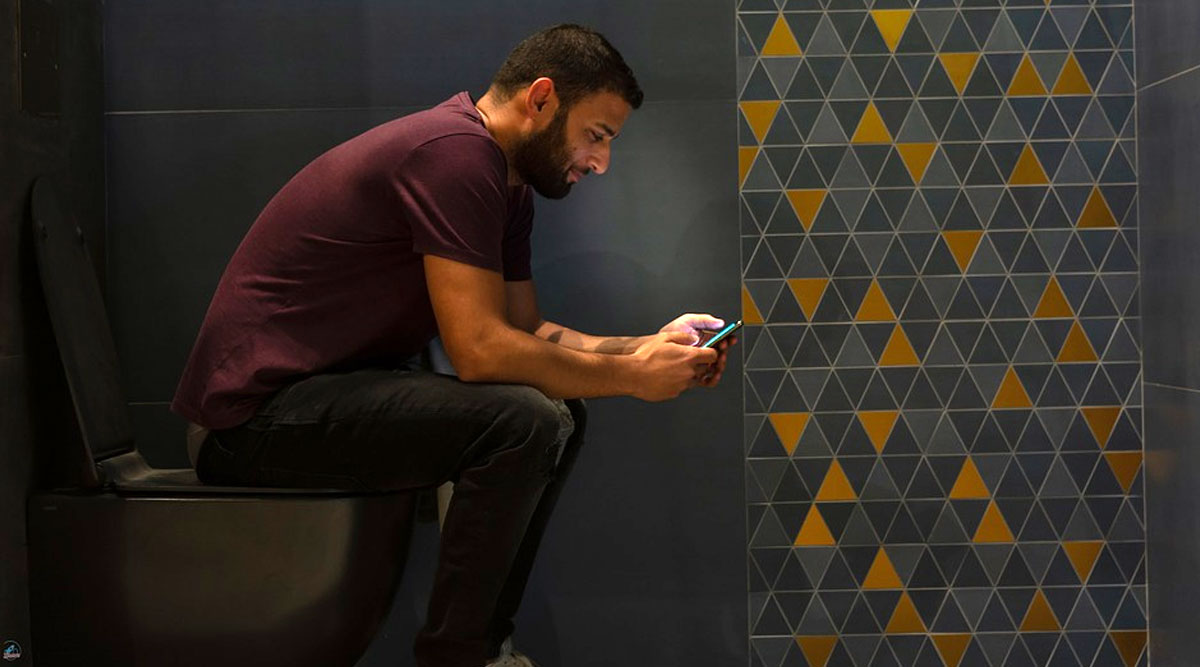 A lot of people love taking their smartphones in the washroom to pass their time. But a husband used his phone to spend more time in the loo so that he could get away from his parental chores. When the wife discovered his trick of taking phones to watch videos in there, she decided to turn off the WiFi, so that he would come out soon! The woman posted on Reddit, asking people if what she does is right or wrong. And people were in support of the woman, since he did it especially to avoid parental duties like nappy changing or feeding them on time. Woman Finds Her Husband is Father to 47 Kids! Wife of Sperm Dad Considers Seeking Divorce.

The woman, a mother of twins, mentioned that her husband is on medication because of which he has to use the loo very often. Off late, she observed he was taking more time than usual to come out. He would spend close to half an hour every time he went to the bathroom. And it was always when it was his turn to change the diaper, refill the bottle or just looking out for them. Ever since the birth of the twins, he would spend more time in the washroom. She realised he would take his phone in there and keep watching videos online. Woman Who Complained After Honeymoon About Husband's Micropenis on Reddit Gets Threatened By Him For Defamation and Annulment.

Here's The Woman's Post About Her Husband Taking Too Long in The Loo:

AITA for turning off the wifi when my husband camps in the bathroom for extended lengths of time. from r/AmItheAsshole

It definitely was frustrating when she had to take 80% care of the children while he camped up in the bathroom. So now, whenever he goes to the bathroom she turns off the WiFi, in a bid to get him out sooner. People commented that she is doing the right thing. No husband should push away the parental duties just so they could watch videos in the washroom.