For the unversed, Pathaan also features Deepika Padukone and John Abraham in key roles. The film is helmed by Siddharth Anand and will hit theatres on January 25, 2023.

Shah Rukh Khan completed 30 years in Bollywood on June 25. And so, to celebrate the day, the superstar dropped a new motion poster from his next Pathaan. As soon as SRK shared his powerful look online, it instantly went viral. Now, Anushka Sharma has rooted for King Khan after she saw her him as Pathaan in the flick's glimpse. Have a look. Pathaan: Shah Rukh Khan Reveals His Powerful Look From Siddharth Anand’s Film, Co-Starring Deepika Padukone and John Abraham (Watch Motion Poster). 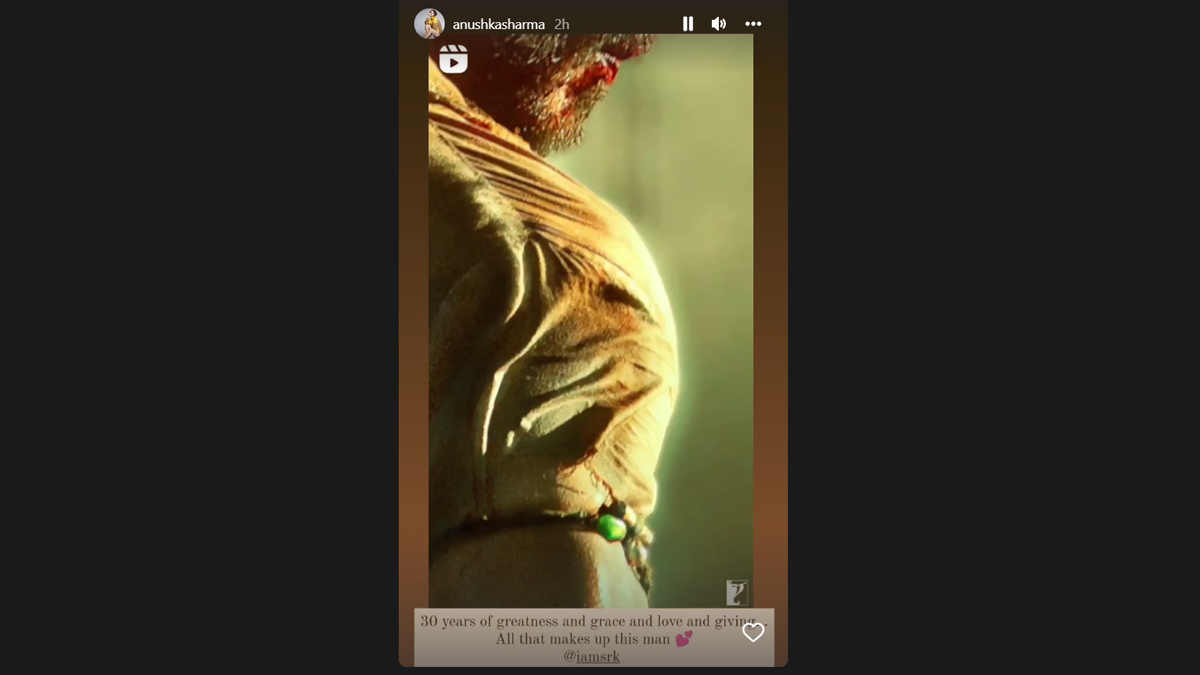