There were several reports that emerged after the match claiming that Neymar and Donnarumma had to be separated by teammates during their angry confrontation in the dressing room. PSG were dumped out of the UEFA Champions League by Real Madrid, who rode on a brilliant hat-trick from Karim Benzema.

Neymar dismissed reports of him having an altercation with goalkeeper Gianluigi Donnarumma in the dressing room after PSG were knocked out of the UEFA Champions League 2021-22 on Thursday. Taking to Instagram stories, the Brazilian star shared screenshots of the reports claiming he and Donnarumma had a confrontation and wrote in Portuguese, which translates to English as, "I hate to come here and talk about news... But this one from the previous post is a lie. There was no fight inside the locker room!!! Incompetent journalists, who want to promote themselves, try the next one ok?"

Neymar shares his private WhatsApp talk with Gigio Donnarumma to deny rumours of fights in the dressing room. 📲⛔️ #PSG

“It’s absolutely fake - we had no fight after the game”, Neymar added on Instagram.

The story has been denied even on Donnarumma side. pic.twitter.com/JoiAgaLPRd 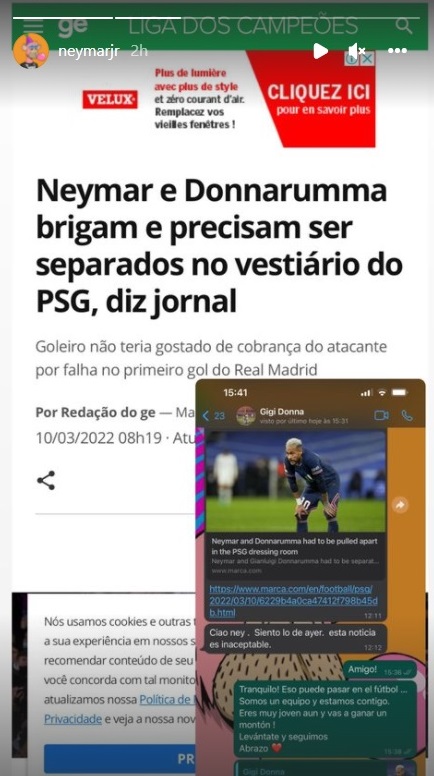 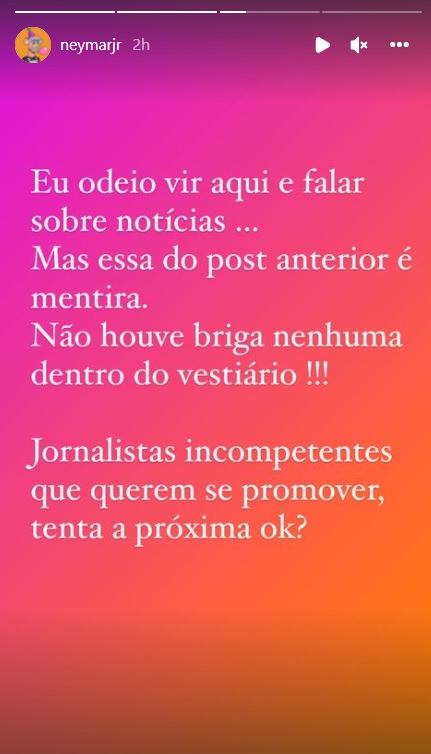