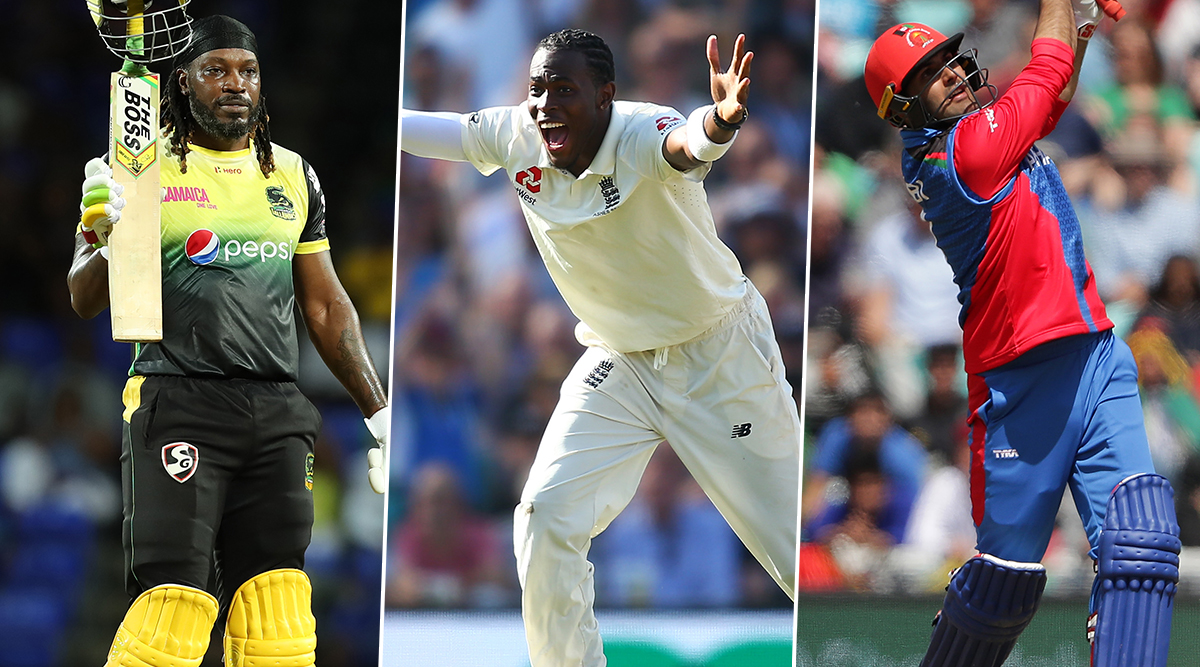 Another fantastic cricket week in cricket is done and dusted where the fans witnessed some high-voltage drama and some nail-biting clashes. The week that went by saw a variety of cricket matches being played, which gave the viewers a lot of options. From the thrilling fifth Test of Ashes 2019 to some swash-buckling contests in the Caribbean Premier League 2019, Vitality T20 Blast and tri-series in Bangladesh, many amazing matches were played in the longest and the shortest format of the game. Along with the combined team effort, the matches were also affected by some individual brilliance. England Beat Australia to Draw Ashes 2019 Test Series 2–2: Fans Hail England for Their Comeback but Reserve Special Praise for Steve Smith (See Tweets).

The mind-boggling Ashes 2019 has finally ended and it's England who won the fifth and the last Test by 135 runs in order to square the series 2-2. However, Australia were the winners of the previous series between the two teams and thus will retain the Ashes urn. Talking about the Tri-Series, Afghanistan have won two matches while Bangladesh have clinched one match each and Zimbabwe are yet to open their account in the tournament. All these encounters were filled with action and crunch moments, which made these clashes a perfect treat for the cricket fans. The matches witnessed some brilliant individual performances, which turned the clash on its head.  So, let’s have a look at five of the best individual performances from the last week.

The Barbadian pacer continued his stellar form in Ashes 2019 by producing another scintillating spell. The right-arm pacer made the ideal use of the Oval wicket and claimed his second five-wicket haul in the series. Archer's fantastic spell restricted Australia to 225 in the second innings of the match which gave the hosts a vital 69-run lead and later a victory by 135 runs.

The Universe Boss again proved his mettle by scoring a splendid century against the Patriots. Playing for Jamaica Tallawahs, the veteran took on the bowlers from the first ball and notched up his 22nd ton in T20 Cricket. Gayle's mayhem powered the Tallawahs to a massive score of 241 in the first innings. However, Gayle's fiery innings went in vain as the Patriots managed to chase the target with four wickets in hand.

The 19-year-old played a blinder against Zimbabwe to snatch a victory from the jaws of defeat. Chasing a total of 145 in the second innings, the Bangladeshi top-order collapsed and Hossain came to bat at number eight. The southpaw didn't waste any time and started demolishing the opposition bowlers to register his maiden T20I half-century. Courtesy Hossain's effort, Bangladesh clinched the match by three wickets.

Australia might have lost the match but not before Matthew Wade played a terrific knock. The southpaw came into bat number five and showed great resilience against the fiery deliveries of Stuart Broad and Jofra Archer. Despite losing partners at the other end, the 31-year old didn't put his guards down and scored his second ton of the series. Wade was finally dismissed for 117 and soon after Australia got bundled out for 263.

The Afgan all-rounder is in the form of his life and is playing one magnificent knock after another. Playing against Bangladesh, Nabi came into bat at 40-4. The veteran started very cautiously in the first few overs and brought the innings back on track. The batsman changed gears in the death overs and scored a well-compiled fifty. Courtesy Nabi's knock, Afghanistan piled up 167 runs in the first innings and later clinched the match by 25 runs.

Along with so many fabulous matches, the fans faced a bit of disappointment as the first T20I between India and South Africa was washed out due to rain. However, two matches are still left in the series which may witness some more individual brilliance.