ICC Introduces ‘Screenshot the GIF’ Game Amid Coronavirus Pandemic, Mohammad Nabi, Carlos Brathwaite and Other Cricketers Take Up the Challenge 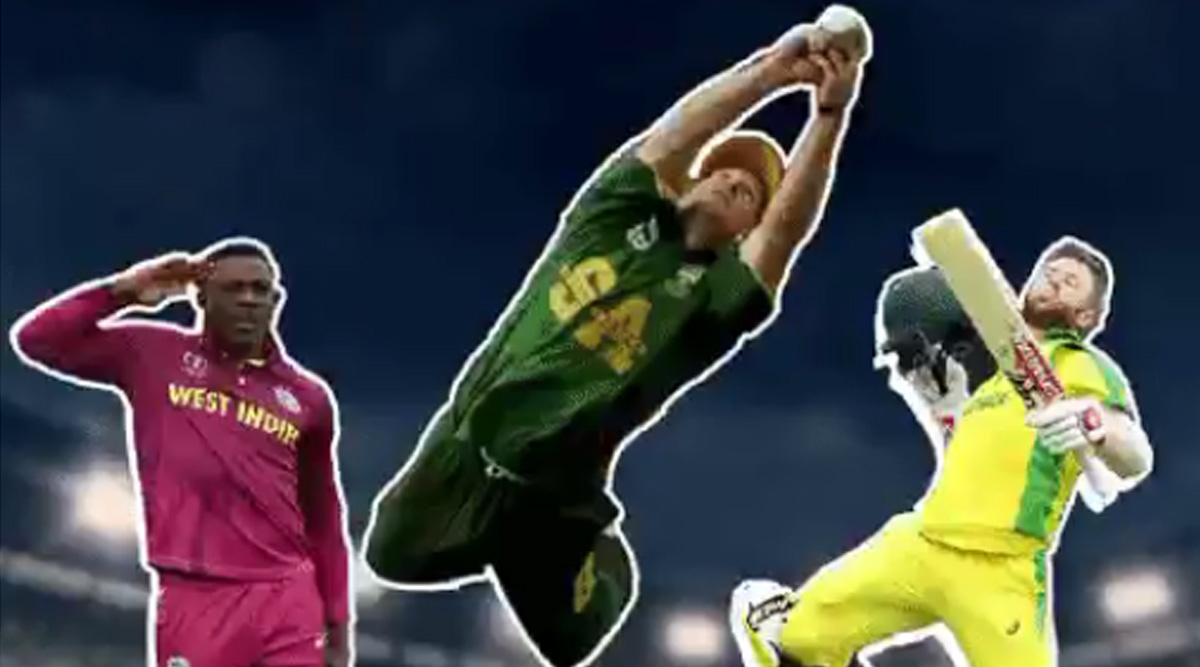 The COVID-19 has put a pause on major cricket series across the globe and the fans are badly missing the action in gentleman’s game. Nevertheless, in order to engage the fans and the cricket fans, International Cricket Council (ICC) has been launching various games and challenges. Recently, the official Twitter handle of the apex cricket body launched a GIF game in which netizens were asked to take a perfect screenshot of Sheldon Cottrell, Jonty Rhodes and David Warner from a constantly moving GIF. Many fans and cricketers like Mohammed Nabi and Carlos Brathwaite took up the challenge. Several people nailed the game while some failed terribly. ICC Still Confident of Hosting T20 World Cup in Australia.

“It's game time! Can you screenshot the GIF such that the players precisely fit into their cut-outs,” read the caption of the GIF shared by ICC on the micro-blogging website. The comment section of the game didn’t take long in getting filled as the cricket fanatics shared their screenshots. Caribbean all-rounder Carlos Brathwaite didn’t take long in accepting the challenge and shared the screenshot while some people like England women team spinner Alex Hartley failed in the Test.

Can you screenshot the GIF such that the players precisely fit into their cut-outs?

Amid the coronavirus pandemic, many cricket series around the world like New Zealand Tour of Australia, India vs South Africa ODI series and England vs Sri Lanka Test series were called off. Even the 2020 edition of the Indian Premier League (IPL) has also been postponed from March 29 to at least till April 15. However, the chances of the gala T20 tournament getting started even after that date are very thin.