Imran Tahir Birthday Special: From Salesman to Cricketer, Some Facts You Need to Know About the South African Cricketer As He Turns 41 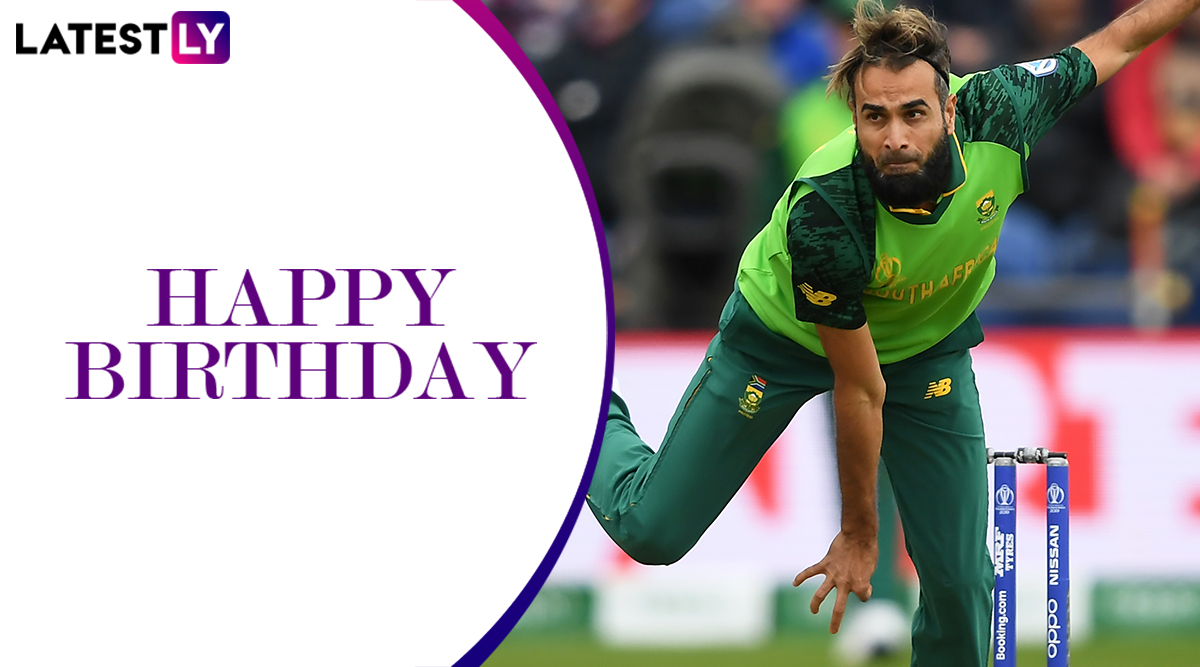 South African spinner Imran Tahir who is known world over for his trademark running celebration turns 41 on March 27. With 173 ODI wickets in 107 games, 63 T20 wickets in 38 matches and 57 Test wickets in 20 games – Imran Tahir led the spinner brigade in the Proteas team known otherwise for its fierce pace battery. Outside cricket Imran Tahir is known for his ever-smiling persona despite facing several hardships in his life early on. His game is well suited for the 20-over format where he travels the world to take part in the global T20 leagues. He retired from ODIs post the 2019 Cricket World Cup where the Proteas failed miserably. On his birthday, we take a look at some of the fun facts associated with his life. Dale Steyn Left Out of Cricket South Africa's Contract List.

A genuine frontline attacking bowler, Imran Tahir has mesmerised fans with his ability with the ball and that famous celebration. He has shown how talent is not defined by age.