Kartik Tyagi, Atharva Ankolekar Shine As India U19 Qualify for Semi-Final of ICC Under 19 CWC 2020, Beat Australia U19 by 74 Runs in Quarter-Final 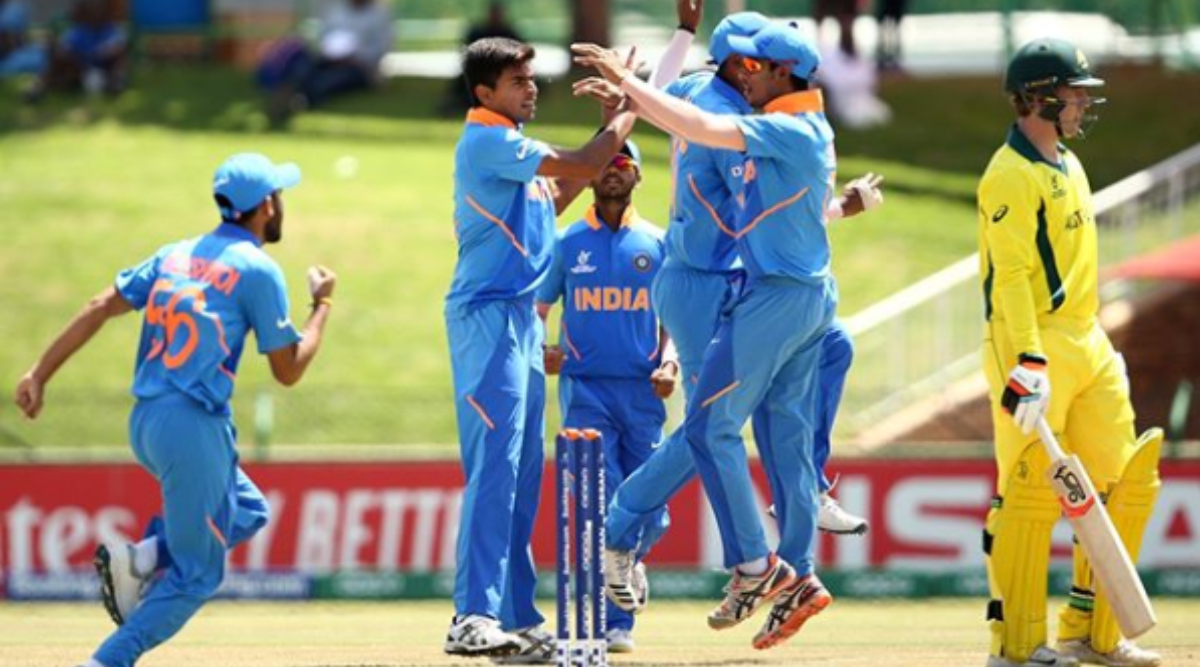 Riding on a brilliant bowling performance, India thrashed Australia by 74 runs in the super plate quarter-final clash of the ICC Under-19 Cricket World Cup 2020. With this triumph, the Boys in Blue have advanced to the semi-finals and are two victories away from retaining their title. Kartik Tyagi was the standout performer for the Boys in Blue as the pacer claimed four wickets and helped his side defend a mediocre-looking total of 233 runs. Moreover, the pacer took two wickets in the first over itself and dented the Aussies top-order. Kartik Tyagi, India U19 Bowler, Picks Three Wickets in his First Two Overs.

Earlier in the match, Mackenzie Harvey won the toss and invited the Indian side to bat first. The decision seemed to be spot on as the Priyam Garg-led side lost wickets at regular intervals. Nevertheless, opener Yashasvi Jaiswal and  Atharva Ankolekar scored gritty half-centuries and helped their side post 233 runs in the first innings. The total didn’t seem to be a huge one and the Aussie side might have fancy their chances to come on top. However, Tyagi and Co had other ideas and they bowled their opposition for just 159 runs. Moreover, they lost their last five wickets in the span of 10 runs.

With the win, India must be high on confidence and will aim to get the trophy once again. Well, they have been the most successful side in the history of the tournament, clinching the title four times and the young guns will not mind adding another trophy to India’s cabinet.