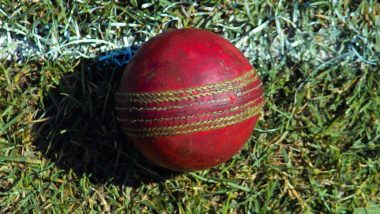 Bermuda will take on Kenya in the match 17 of the ongoing  ICC T20 World Cup Qualifiers 2019. Before moving to the live streaming and the live telecast details of the clash, let’s look at the performances of both the teams in the ongoing tournament. Both Kenya and Bermuda made a dismal start to their campaign in the mega tournament and lost their first two matches. However, in the upcoming match, one of these teams will get off to a mark. Kenya are placed six in the points table of Group A while Bermuda are last in the standings by virtue of worse net run-rate. Bermuda Vs Kenya, Cricket Score 17th T20 Match.

The ongoing tournament will decide two teams who will feature in the ICC World T20 2020 in Australia. Kenya played their last ICC event with the Test-playing nation back in 2011 when they played the 50-over cricket World Cup. While the last time when Bermuda played with the big boys was in the 2007 Cricket World Cup. So, it has been quiet since the two teams have played a major tournament. Meanwhile, let’s look at the live streaming and the live telecast details of the Bermuda vs Kenya clash.

The match between Bermuda and Kenya will be played on October 21, 2019. The encounter is scheduled to start at 3:40 pm IST and 2:10 pm according to local time. The ICC Academy Ground in Dubai will host the Bermuda vs Kenya encounter.

The match between Bermuda and Kenya can be viewed on Sky Sports Cricket, as it is one of the official partners of ICC T20 World Cup Qualifier 2019. Unfortunately, any other channel will not telecast this match.

The ICC T20 World Cup Qualifier 2019 is comprising of 14 teams who are contesting to secure a spot in the next year's ICC World T20. The teams are divided into two groups of seven each. The event went underway on October 18 and the finals will be played on November 2.

(The above story first appeared on LatestLY on Oct 21, 2019 02:30 PM IST. For more news and updates on politics, world, sports, entertainment and lifestyle, log on to our website latestly.com).