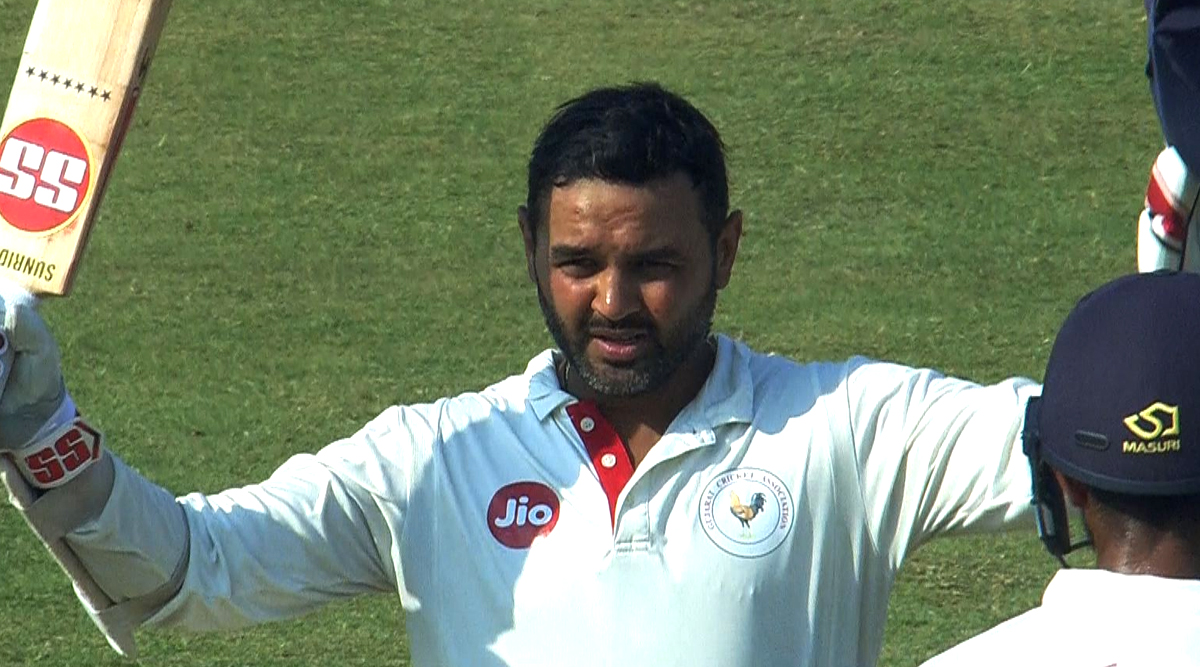 Valsad, February 21: Roosh Kalaria slammed his third first-class hundred as Gujarat remained in the driver's seat after reducing Goa to 46/2, still leading by 556 runs at stumps on Day 2 of the first Ranji Trophy quarterfinal here on Friday. Resuming on 330/4, Gujarat declared at 602/8 with skipper and overnight batsman Parthiv Patel getting out on 124. All-rounder Axar Patel scored 80 as Kalaria remained unbeaten on 118 (14 fours and a six) with Chintan Gaja also scoring 56. Mumbai Ranji Trophy Star Sarfaraz Khan Not Thinking About India Call-Up.

For hapless Goa, Felix Alemao returned the best figures of 3/86. Spurred by his hundred, Kalaria hurt Goa further by dismissing Sumiran Amonkar for a duck in the first over of the innings. From the other end, Gaja got Vaibhav Govekar caught at gully to reduce them to none for 2. At the close of play, captain Amit Verma was batting on 31 with 'keeper SK Patel (15 batting) for company.

At Cuttack in the second quarterfinal, overnight batter Anustup Majumdar eventually fell for 157 as he chased a wide one from Basant Mohanty only to edge it behind. Bengal could add only 24 to their overnight total of 308/6 and were bowled out for 332.

In reply, Odisha were 151/4, still trailing by 181. Shantanu Mishra (62) and Debasish Samantray (68) had both reached their half-centuries. But towards the end, Bengal struck back with three quick wickets, including both set batsmen.

In the fourth quarterfinal, Chirag Jani (121) and Prerak Mankad (80) saved Saurashtra from 221/6 and took them to 419. Jaydev Unadkat then snared two wickets to leave Andhra 40/2 at stumps. CR Gnaneshwar was batting on 22, with Andhra trailing by 379. At Jammu, no play was possible due to water seepage under the covers after last night's rain. The umpires conducted as many as five inspections and eventually called it off at 4 p.m.

Only six overs were bowled on Day 1 as bad light played spoilsport in the match between Karnataka and Jammu & Kashmir. Karnataka were 14/2 with skipper Karun Nair (4*) and K. Siddharth (0*) in the middle after openers R. Samarth and Devdutt Padikkal were dismissed early.