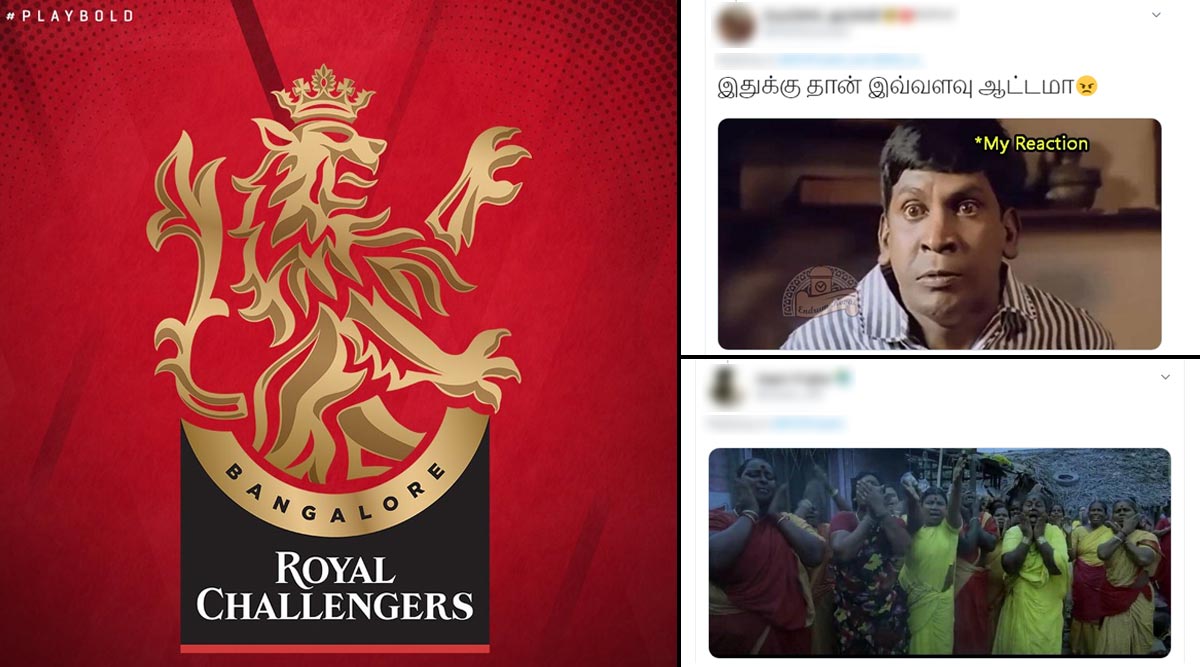 Days after sending the internet into a frenzy by abruptly removing the profile pictures from their official social media accounts and also deleting all posts from their Instagram account, Royal Challengers Bangalore, on Friday, unveiled their new logo for the upcoming IPL 2020 season. The new RCB logo, which is a modified version of the earlier one, once again stormed the internet with fans praising the franchise for the new logo, which is full of red and black shades, has a Lion emblem in gold and the team’s name in black. But while some appreciated the franchise, others, as usual, trolled them with funny memes and jokes even a shot at the franchise’s empty trophy cabinet. Royal Challengers Bangalore New Logo for IPL 2020 Out!

“Embodying the bold pride and the challenger spirit, we have unleashed the rampant lion returning him to the Royal lineage,” RCB wrote on their official Twitter page to describe the new team logo. The Bengaluru-based Indian Premier League franchise has also added a new tagline to their posts. “New Decade, New RCB,” was introduced with the unveiling of the new logo. The franchise also posted a throwback video showing their progress through the previous 12 IPL seasons. “A new chapter begins” they captioned the video. RCB Funny Memes: Royal Challengers Bangalore’s Latest Post Leave Everyone Puzzled, Twitterati Responds With Jokes on IPL Franchise.

Fans, however, couldn’t stop themselves from taking a pot shot at the franchise for their failure to win even one IPL trophy despite assembling a crop of the best players every season. RCB finished at the bottom last season with only 11 points from 14 matches. It was the second time in three seasons that they finished at the bottom of the IPL points table and last made it to the final in 2016.

Bottom per to aana hi h

No One, Just No One

This one could be best one... pic.twitter.com/DPOCx6WwWX

Well Nothing Really Changed There

Meanwhile, the franchise have undergone a massive overhaul ahead of IPL 2020. Former Australian cricketer and KKR assistant Simon Katich has been roped in as the head coach, while Mike Hesson – who coached New Zealand to World Cup final in 2015 —joined as the technical director. RCB picked Aaron Finch, Chris Morris and Joshua Philippe among others at the auction. The new season begins on March 29 later this year.