Whenever a cricketer or a celebrity decides to pen an autobiography, what follows is innumerable controversies. 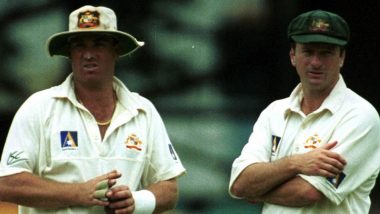 Whenever a cricketer or a celebrity decides to pen an autobiography, what follows is innumerable controversies. Now the former Australian spinner Shane Warne is coming up with an autobiography titled No Spin.  As per reports, Shane Warne in the autobiography has Waugh was the most selfish player he played with. Needless to say that the statement sent a wave of shock amongst the fans and the members from the cricketing world.

It was the newspaper, The Times who came up with the excerpts of the book. Warne also went on to say that the comment wasn’t made because Waugh dropped him and in fact, he had no issues with being dropped. “If you don't perform, out you go. But there was more to it than my performances - I think it was jealousy. He started to niggle away, telling me to look at my diet and spend more time on deciding what sort of person I wanted to be in my life, how to conduct myself - that sort of stuff. I said, 'Mate - worry about yourself,” read the excerpts from the book.

Warne also recalled the incident where he was dropped from the squad in 1999 and said that he felt let down by the skipper who refused to take him back into the side. “I was vice-captain and bowling pretty ordinary and Tugga (Waugh) opened the selection meeting between the two of us and Geoff Marsh, the coach, by saying, ‘Warney, I don’t think you should play this next Test’,” he said.

Warne also revealed that excessive worship did not go down well with him and he felt like puking at the same. “All that worship of the baggy green - some of the guys went with it, like Lang (Justin Langer), Haydos (Matthew Hayden) and Gilly (Adam Gilchrist), but it wasn’t for me,” he further wrote in the book.

(The above story first appeared on LatestLY on Oct 02, 2018 12:22 AM IST. For more news and updates on politics, world, sports, entertainment and lifestyle, log on to our website latestly.com).