Sorry Ravi Shastri and Virat Kohli, The Current Indian Team Is Not The Best Side in the World! 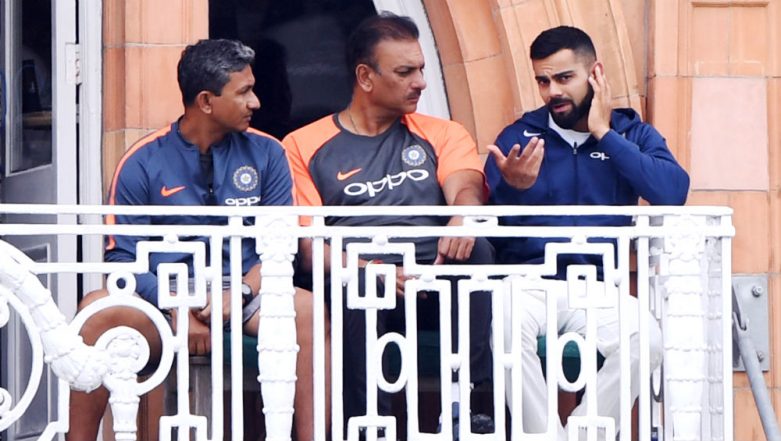 India lost the five-match Test series, 4-1, against England, on Tuesday. It was nothing less than humiliating for the Indian team, who let their best chance to win in England slip away. As India lost the match at Kennington Oval, in London, and eventually the series, the reality hit the number one ranked Test team in the world, and hard!

The captain, Virat Kohli, and Ravi Shastri showed little remorse in the series loss; not that something more was expected of them. The skipper almost lost his cool in the post-match conference while defending Shastri’s remarks of the current Indian team is the best travellers in the last 15-20 years.

Reporter: The Best Indian team in the last 15 years! Do these tags put pressure on you? Do you believe you are?

Kohli: We have to believe we are the best side. Why not?

Reporter: The best team in 15 years?

Kohli: What do you think?

Reporter: I am not sure!

Kohli: That’s your opinion. Thank you!

Such heated exchanges are bound to happen, notably when the number one ranked Test team has lost comprehensively on foreign land. The situation could have been handled differently altogether, but knowing how mercurial Kohli is, this was coming.

However, believing that the current team is the best side in the world, and being one is a different thing altogether. When one talks about the invincible yesteryears’ Australian and West Indies’ teams, they did not define their legacies by being the number one ranked side in the world, but by being able to secure victories in every corner of the world – something the current Indian team is not able to.

Beating a relatively weaker side in a home series and losing in the away series doesn’t define a legacy. The Indian team led by Virat Kohli were the clear favourites to win the Test series against England; however, it faltered to a shambolic 4-1 defeat.

On the other hand, the head coach of the Indian team, Shastri, talked everything rhetoric and looked as clueless of the facts as a toddler who is denied to have candy. In the press conference on the eve of the fifth and final Test match of the series, Shastri dropped a bomb saying, “I can’t see any other India team in the last 15-20 years who had that kind of run in such a short time, and the team had some of the great players.”

While talking during the pre-match show, Gavaskar said, “What I can say is that teams in the 1980s have won in England and West Indies. Rahul Dravid also won series in West Indies in 2005, in England in 2007 and captained when India beat South Africa for the first time (in South Africa). Dravid gets very little credit for his leadership and his team's wins. There have been teams who have won overseas.”

Under the helm of Ravi Shastri, the Indian team has lost in all the above countries, except for New Zealand – somewhere they haven’t toured under him yet.

As for Shastri’s comments, the following words by Sourav Ganguly, to a TV channel, seem to fit the bill perfectly. Ganguly said, “These are immature comments. You should not pay much attention to what Ravi Shastri says. What he says and when he says things, no one knows. Whichever generation is playing for India, be it Chetan Sharma’s or when I played for India or when Dhoni played or now when Virat is playing, we are all the ‘Indian Team’."

The former Indian captain, not known to mince words while speaking his mind, further added, “We all just represent the team at different times. It is not necessary to compare one generation or the other. I can say a lot more, but it would not be correct. Virat Kohli and his players are working hard to perform for India; it would not be nice for me to say anything.”

It would be interesting how the BCCI addresses the current situation and what lessons have skipper Virat Kohli, and coach Ravi Shastri learned. The next tough task for the Indian team would be a tour Down Under, later this year. Till then, stay tuned with us for all the latest updates about the Indian Cricket team!

(Disclaimer: The article written by the author is not to hurt the public image of any individual mentioned in the article. We, at LatestLY, do not intend to hurt or insult any person’s sentiment involved. We hope the following piece of information amuses you as much as it did to us.)