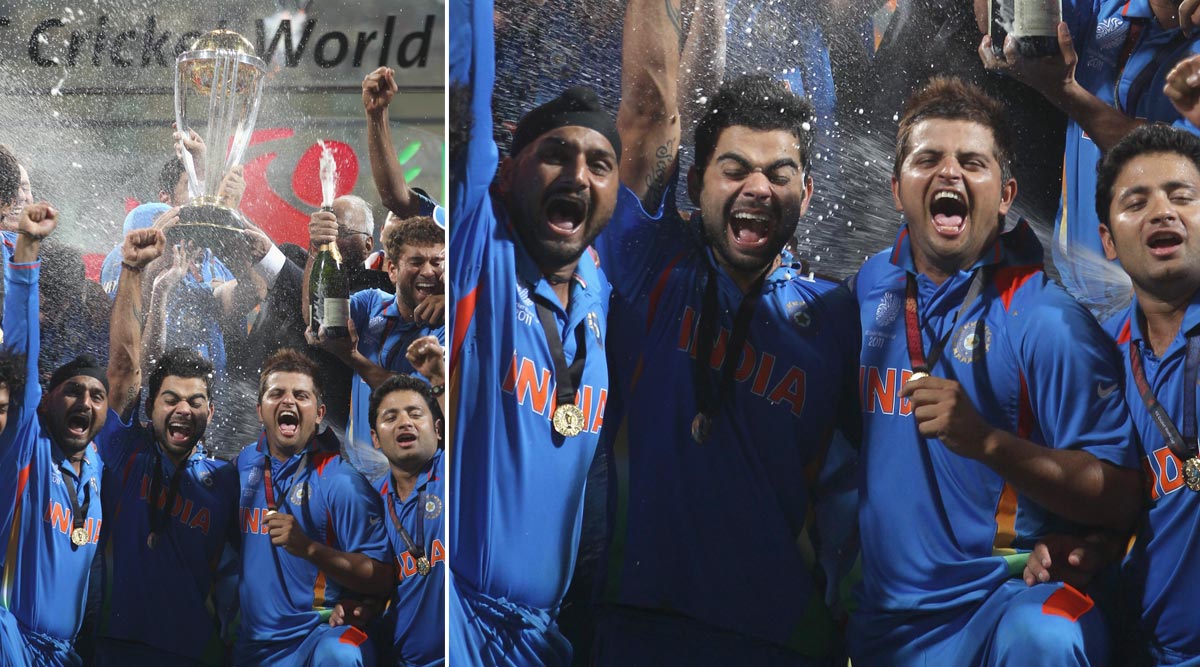 "Dhoni finishes off in style and India lift the World Cup after 28 years," said an enchanted Ravi Shastri on air after MS Dhoni smashed Nuwan Kulasekara for a giganti six and guided to the 2011 World Cup title. The epic India vs Sri Lanka encounter, which was played on exact this day (April 2), has completed nine years and in this article, we'll revisit how India lifted their second 50-Over World Cup title. This Day, That Year: When India Defeated Pakistan in the Semi-Final of ICC Cricket World Cup 2011.

The high-voltage clash was being played at the iconic Wankhede Stadium in Mumbai which was packed with ecstatic crowd. Drama started even before the start of the match only as toss had to take place twice as the referee wasn’t able to hear the captain’s call for the first time due to the crowd’s noise. Sri Lanka’s Kumar Sangakkara eventually won the toss and elected to bat.

The decision didn’t seem to be impeccable at first as Zaheer Khan bowled an incredible opening spell to Upul Tharanga and eventually dismissed the southpaw for mere two runs. In-form batsmen Tilarkratne Dilshan (33) and skipper Sangakkara (48) were also dismissed after getting good starts. The home side was looking well on top but Mahela Jayawardene had different ideas.

The former Sri Lankan captain brilliantly tackled the Indian bowlers and paced his knock to perfection. He eventually went on to score a memorable ton as Lankans posted 274/6 in the first innings. The total seemed like a big one and with the pressure of World Cup final, many touted it to be match-winning too.

In reply, the Indians got off to a worse possible start as Lasith Malinga dismissed Virender Sehwag and Sachin Tendulkar early in the innings. Silence was all over the Wankhede Stadium. However, Gautam Gambhir rose to the occasion and built and substantial partnership alongside Virat Kohli. The latter was eventually dismissed for 35 runs and to everyone’s surprise, MS Dhoni came in ahead of in-form batsman Yuvraj Singh. Well, the move proved to be impeccable as he along with Gambhir scored 109 runs for the fourth wicket and pushed the Lankans out of the game.

Gambhir looked all set to smash a memorable century but unfortunately, fell prey to Thisara Perera for 97. Nevertheless, Yuvraj came to bat at six and since then, it was a one-sided show. The duo scored runs rapidly and the fate of the game was decided.

Dhoni eventually finished off the things with a magnificent six which brought delight on the face of 1.3 billion people. The Indian skipper was adjudged the Man of the Match for his 79-ball 91 while Yuvraj Singh was named Man of the Tournament courtesy his all-round blitzes.