Sri Lanka named Dasun Shanaka as captain for the ODIs and T20Is against India, replacing Kusal Perera, who was dismissed due to disciplinary issues during the tour of England. 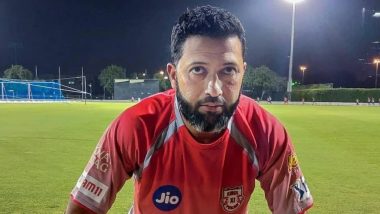 Former Indian batsman Wasim Jaffer was at his wittiest as he took a sly dig at the rapid rate in which the Sri Lankan national team changed their captains. Sri Lanka on Friday, replaced Kusal Perera with Dasun Shanaka as captain for the ODI and T20I series against India after the latter was dismissed due to disciplinary issues in England. Jaffer, who has gained quite a reputation of posting interesting content on social media, reacted to this development in his usual witty self.  "Reacting to a tweet which stated about this development, he wrote, "Yaar itne to ladke dp nahi badalte jitne SL ne captain badle hai."India vs Sri Lanka 2021: Series Reportedly Postponed Due to COVID-19 Cases in Sri Lankan Camp

Shanaka would become the sixth player to captain Sri Lanka in a space of four years. Since the start of 2018, Sri Lanka have had Dinesh Chandimal, Lasith Malinga and Dimuth Karunaratne and Angelo Mathews among others to lead the side. In another development, Sri Lanka's home series against India has reportedly been postponed following emergence of COVID-19 cases with batting coach Grant Flower and data analyst G T Niroshan  testing positive for the virus.

The series, which was scheduled to begin on July 13. Instead the series would start on July 17. Shanaka was Sri Lanka's captain in 2019 when they defeated Pakistan in a T20I series.

(The above story first appeared on LatestLY on Jul 09, 2021 10:37 PM IST. For more news and updates on politics, world, sports, entertainment and lifestyle, log on to our website latestly.com).