Yuvraj Singh and Harbhajan Singh have played a lot of cricket together and they also boast off a sensational record. Well, the two cricket stars might not further be able to join forces on the field. However, they still continue to share a great camaraderie. Time and Time again, Yuvraj and Harbhajan have got engaged in hilarious banters on social media which has left the fans in splits. Recently, Harbhajan shared a picture with skateboard on Instagram and Yuvraj didn’t leave the opportunity to pull his friend’s leg again. He asked the CSK spinner to ride the board in his own style. After Yuvraj Singh, Harbhajan Singh Shares Gender-Swap Pictures of Sachin Tendulkar, Sourav Ganguly and Other Former Indian Cricketers.

“Paji thodi skateboarding. karke dikhao,” commented Yuvraj on Harbhajan’s post. The fans also enjoyed Yuvraj’s cheeky sledge as they joined in the fun. However, the talismanic off-spinner was quick to respond as he replied: “@yuvisofficial let’s do this together.” Meanwhile, have a look at the post. 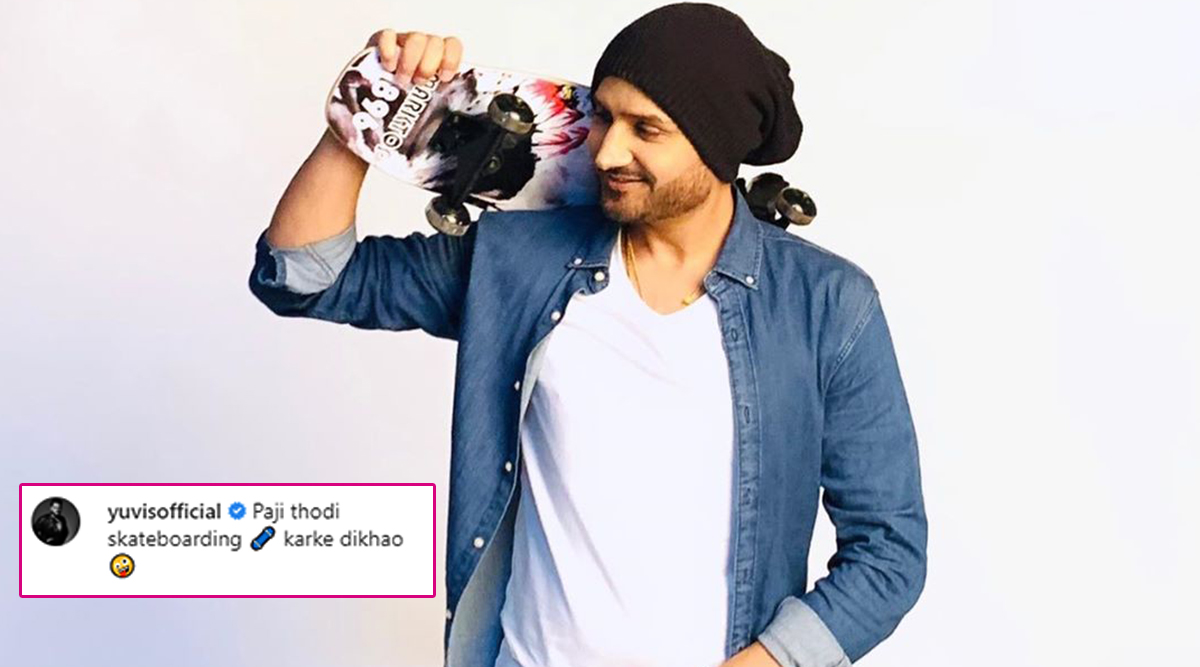 The southpaw, who played his last international match in July 2017, bid adieu to the game last year. While Harbhajan still eyes to represent India in T20Is. His next assignment could get underway if, as per plan, BCCI manages to conduct the 2020 edition of the Indian Premier League (IPL) in October.

(The above story first appeared on LatestLY on Jun 28, 2020 04:10 PM IST. For more news and updates on politics, world, sports, entertainment and lifestyle, log on to our website latestly.com).