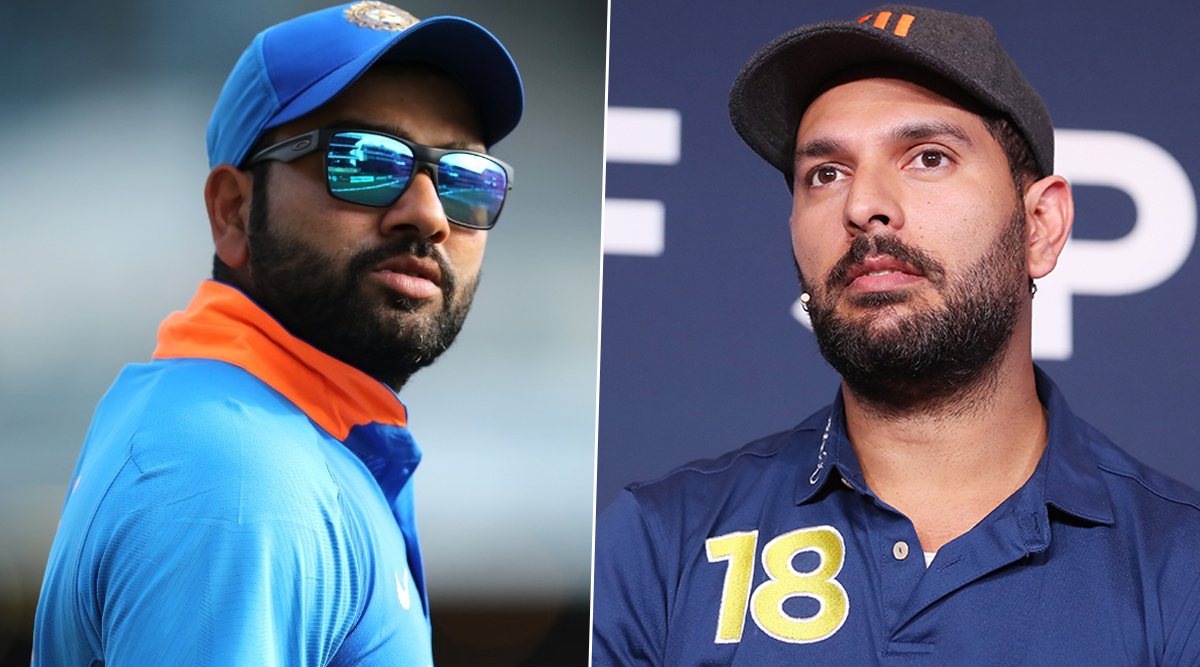 Former Indian international Yuvraj Singh has recalled the first time he saw a young Rohit Sharma when he came into the Indian team. The World Cup winner stated that the current Indian team’s limited-overs vice-captain reminded him of Pakistan legend Inzamam-ul-Haq. The Pakistani cricketer had an uncanny ability to play his exquisite strokes really late because it appeared that he had a lot of time and Yuvraj feels that it was a similar case with Rohit and it really stood out to him. Yuvraj Singh Applauds Policemen for Sharing Food With Needy During COVID-19 Lockdown.

Speaking to Gaurav Kapoor in a chat show on YouTube Yuvraj Singh said ‘I think when he came into the Indian team, he looked like somebody who had a lot of time. He reminded me of Inzamam-ul-Haq, because, when he batted, Inzi had a lot of time (to play the bowlers),’ Rohit Sharma’s Daughter Samaira Imitates Jasprit Bumrah’s Bowling Action (Watch Video).

Yuvraj Singh and Rohit Sharma have a great relationship with each other as the two played together in the national team as well as in the Mumbai India’s squad during the last edition of IPL. Yuvraj was bought by the franchise and he helped them to lift a record fourth Indian Premier League crown with a win over CSK in the finals.

Speaking of Yuvraj Singh, the former Indian cricketer recently shocked the world as he revealed that he got more support under Sourav Ganguly’s captaincy than under MS Dhoni and Virat Kohli. Yuvraj represented India in all three formats of the game and was part of the 2007 T20 World Cup and 2011 World Cup winning squads.