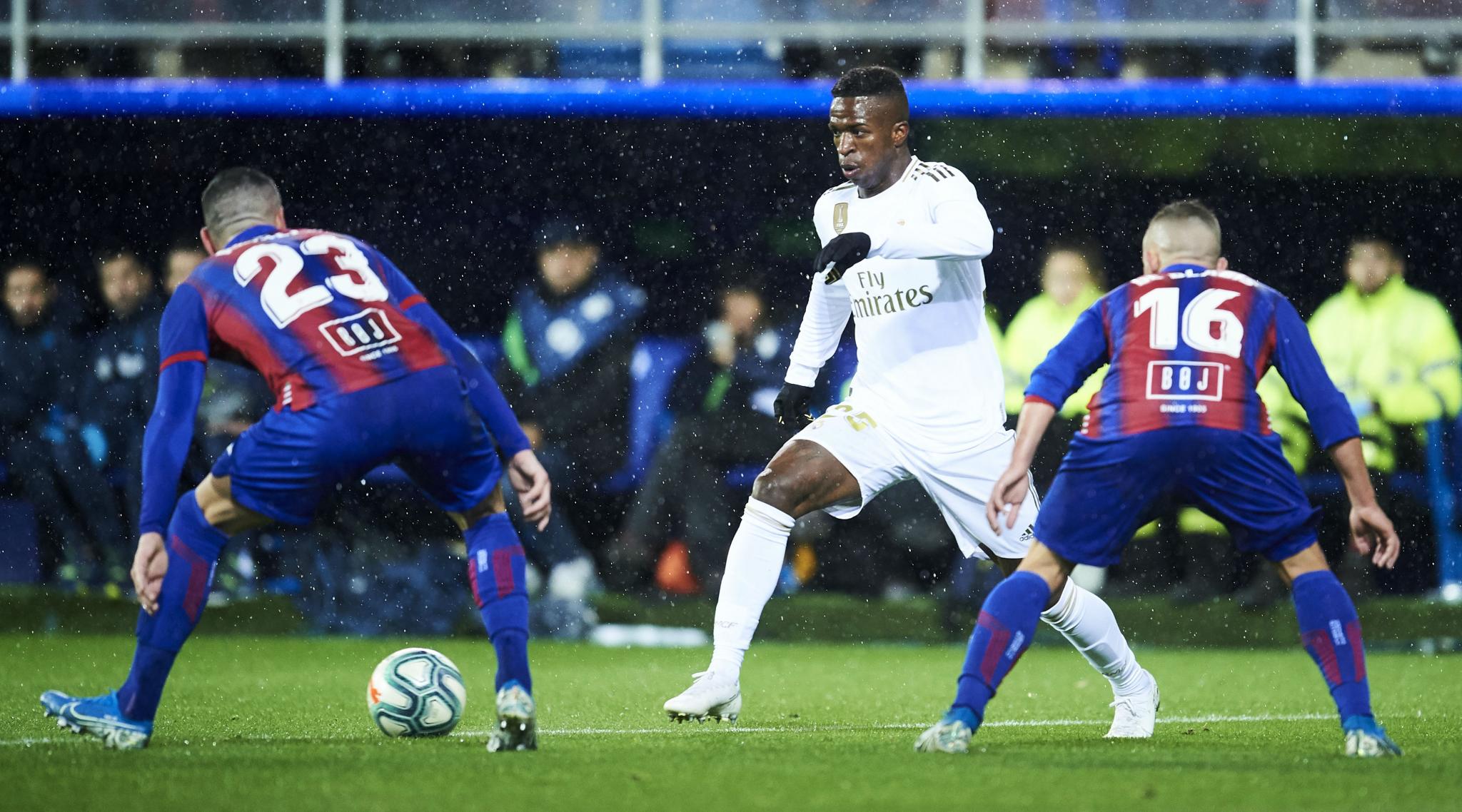 Eibar, November 10: Real Madrid produced a second straight impressive performance in a 4-0 rout of Eibar, a La Liga match that the Blancos dominated from start to finish.

Zinedine Zidane's men needed just half an hour to put the game out of reach for Eibar at Ipurua Municipal Stadium in this northern city late on Saturday.

Karim Benzema opened the scoring in the 17th minute when the ball came to him on the left side after a scramble in the area and he hammered it home into a virtually empty net.

The second goal came just three minutes later when Sergio Ramos converted a penalty after Pablo de Blasis had been called for a foul on Real Madrid forward Eden Hazard in the box.

At the 29-minute mark, the visitors deepened the home crowd's misery after Lucas Vazquez was taken down, with Benzema doing the honours from the 12-yard mark to make the score 3-0.

Eibar had rallied from a 2-0 deficit to beat Sevilla 3-2 in late September, but Luka Modric and Benzema, who both played the entire contest, dominated the action throughout and stamped out any thoughts of a miraculous comeback.

Although the hosts came out strong at the start of the second half and unsuccessfully clamoured for a penalty on a play that was reviewed by VAR, Real Madrid added to their lead in the 61st minute on a shot by Federico Valverde from the penalty arc off a pass from Modric. Afterward, Zidane praised his team's all-around performance.

Benzema's brace moved him into sixth place on Real Madrid's all-time LaLiga scoring list with 157 goals. He leapfrogged legendary Hungarian forward Ferenc Puskas, who played for the Blancos for eight seasons in the late 1950s and 1960s.

With the win, Real Madrid are provisionally in first place with 25 points, although Barcelona (22 points) could equal their arch-rivals' tally by the end of the day with a win over Celta Vigo. Both teams have a game in hand over the other 18 squads.