FIFA World Cup 2022 Round of 16 Schedule in IST: Know Who Play Whom in Pre-Quarters of Football WC

The group stages of the tournament have slowly started to come to an end with the race for the last 16 heating up. Continue reading to check out the list of fixtures at the FIFA World Cup 2022 round of 16 with their venue details and timings in IST. 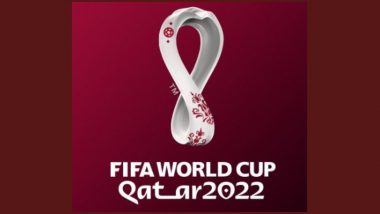 South Korea and Switzerland secured passage into the knockout stage which completed the line-ups in the FIFA World Cup 2022 round of 16. While Switzerland beat Serbia in a five-goal thriller, South Korea left it late to get past Portugal in what was a do-or-die contest for them. They will now face Brazil on December 6. Switzerland would go up against Portugal a day later, on December 7. Group E winners Japan are slated to face last edition's finalists Croatia on December 5 at the Al Janoub Stadium followed by Morocco taking on Spain a day later at the Education City Stadium. Earlier, Argentina, Poland and Australia had made it to the last 16. Germany, Uruguay, Mexico and Belgium were unfortunately knocked out of the competition. For Germany, it is a second-consecutive group stage elimination at the World Cup. Meanwhile, you can scroll below to check out the updated round of 16 fixtures.  FIFA World Cup 2022 Points Table Updated Live

France was the first team to qualify for the round of 16 in FIFA World Cup 2022 with consecutive wins over Australia and Denmark in Group D. This meant that they broke the ‘Champions Curse’ as each of the last three defending champions had crashed out of the group stage. Soon, the reigning champions were joined by Brazil and Portugal, both of who won two consecutive matches in their respective groups and qualified with one game in hand.Where To Watch FIFA World Cup 2022 Online? Go to FIFA+ for Live Scores and Fixtures!

France won their second World Cup title back in the 2018 edition in Russia, where they had beaten Argentina 4-2 in the round of 16. Next up, they were able to successfully fend off a challenge from Uruguay in the quarterfinals before going past Belgium in the semifinals. In the final, Didier Deschamps’ side went past Croatia 4-2 to lift the title in front of a packed crowd at the Luzhniki Stadium in Moscow.

(The above story first appeared on LatestLY on Nov 30, 2022 07:33 PM IST. For more news and updates on politics, world, sports, entertainment and lifestyle, log on to our website latestly.com).