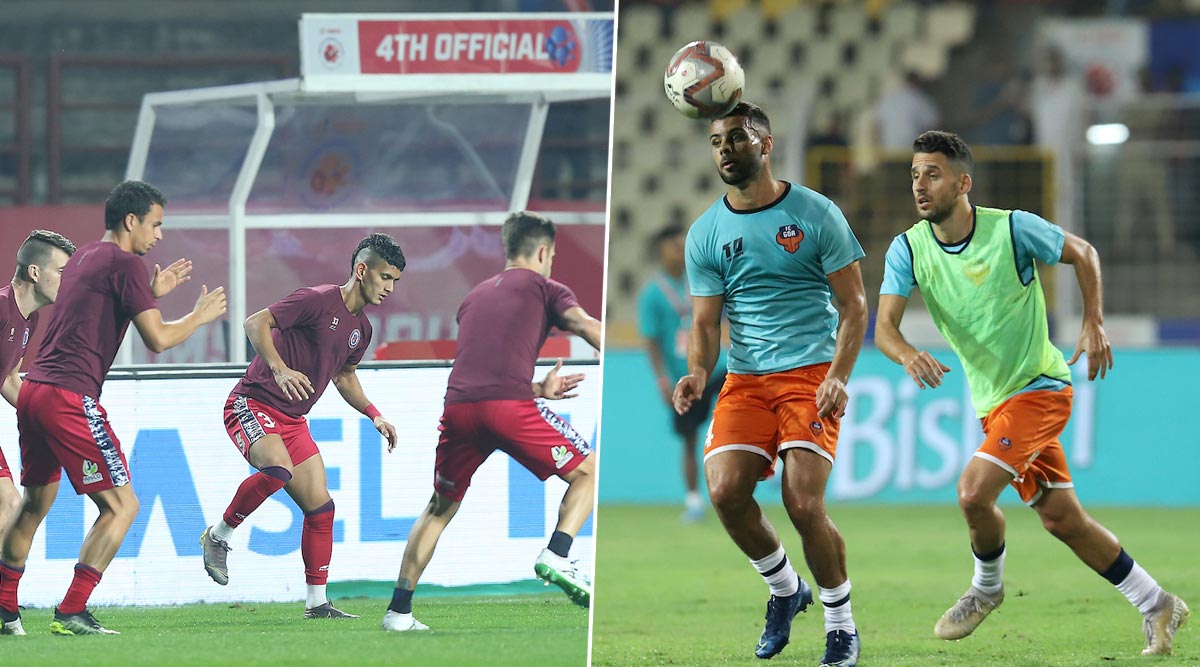 Jamshedpur FC vs FC Goa, Indian Super League 2019-20 Online Streaming and Live Telecast: FC Goa will want to consolidate its pole position in the Indian Super League (ISL) 2019-20 points table and secure the all-important AFC Champions League berth when they travel to Jamshedpur FC for their final group league fixture in ISL 6. Jamshedpur FC, who have already been knocked out of the playoffs race, also play their final game in ISL 2019-20 and will hope to end the season on a high. Jamshedpur FC edged FC Goa 1-0 when both these teams met earlier in ISL 6 and will hope to repeat the same in their final game ISL 6 in front of their home fans. FC Goa are on a winning run of four games, while Jamshedpur FC’s last win in ISL 6 came five-matches ago. Jamshedpur FC Vs FC Goa - Live Football Score.

FC Goa have been little troubled by the sacking of long-time coach Sergio Lobera. The Gaurs parted ways with Spaniard Lobera following an off-pitch incident and have elevated assistant Clifford Miranda as the interim head-coach till the end of 2019-20 season. Under Miranda, FC Goa have been in terrific form and have netted nine times in their last two games which adds to 16 goals in their last four while conceding only 7 times. Jamshedpur FC, on the other, are winless in their last five games three of which have been defeats. They fought back to hold bottom-placed Hyderabad to 1-1 draw in their penultimate ISL 6 game. Jamshedpur FC vs FC Goa Dream11 Prediction in ISL 2019–20.

Jamshedpur FC vs FC Goa ISL 2019-20 encounter will be played at the JRD Tata Complex in Jamshedpur. The match will take place on February 19, 2020 (Wednesday) and is scheduled to start at 07:30 pm IST (Indian Standard Time).

Fans can also catch the live action of Jamshedpur FC vs FC Goa ISL 2019-20 match on online platforms. Hotstar, the OTT of Star Network, will be live streaming the game for its online fans in India. Meanwhile, fans can also follow the match live on JIO TV while for the live score updates of JFC vs FCG encounter fans can follow the LatestLY webpage.

FC Goa are currently placed at the top of the team standings with 36 points from 17 games. ATK at second have are points behind from the same number of games. A draw in their final league game will be enough for FC Goa to seal the top place. Jamshedpur FC ranked eighth with 18 points and can temporarily jump to seventh by displacing Kerala Blasters, who will have a game in hand.