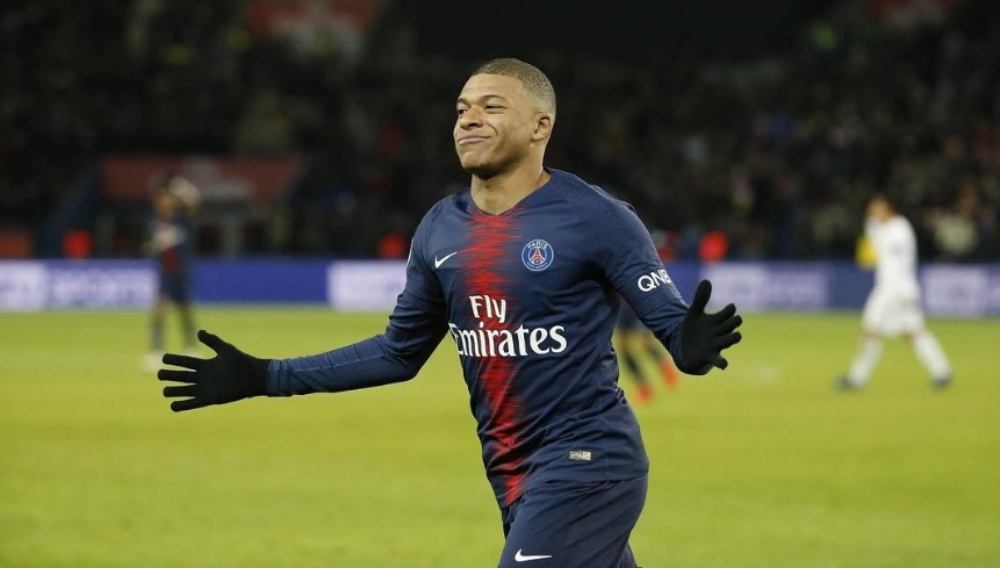 Paris Saint-Germain star forward Kylian Mbappe, in a recent interview, has opened up about his childhood heroes and revealed that French legend Zinedine Zidane and Juventus Forward Cristiano Ronaldo were the biggest influences on him while growing up. At 21, Mbappe is already one of the biggest superstars in world football, winning the World Cup in 2018 and almost every recognizable domestic trophy in France, the PSG forwards accolades are comparable with some of the great French footballers. He has already scored 20 goals in 21 appearances across all competitions this season for the Ligue 1 giants. Cristiano Ronaldo Knows How to Solve a Hundred Problems, Says Juventus' Manager Maurizio Sarri Post 2-1 Victory Over Parma.

At the launch party of his new foundation inspired by KM, Mbappe was asked about the players he idolized while growing up. ‘As a child it was Zizou, if you are a boy growing up in France it’s always Zidane’ said the 21-year-old. ‘Afterwards, it was Cristiano Ronaldo and I had a chance to play against him as well’ the PSG forward added. The teenage sensation then also talked about the Brazilian footballers and the Brazil team and how it inspired him. ‘I loved Brazilians as well, because had always made people dream, it always has been a team that gave pleasure to everybody and I was no different’ the Frenchman added further. Through this foundation, Kylian Mbappe will look to support 98 children aged from nine to 16 through to adult life. Cristiano Ronaldo Sets More Goal-Scoring Records for Juventus With Brace Against Parma in Serie A 2019–20 Encounter.

PSG are gearing up for a Champions League Round of 16 clash against Borussia Dortmund in February 2020. The French giants are eight points ahead of second-placed Marseille in their domestic league and are 15 games unbeaten across all formats. The 21-year-old also expressed his desire to win the Champions League, Euro 2020 and the Olympics this year.