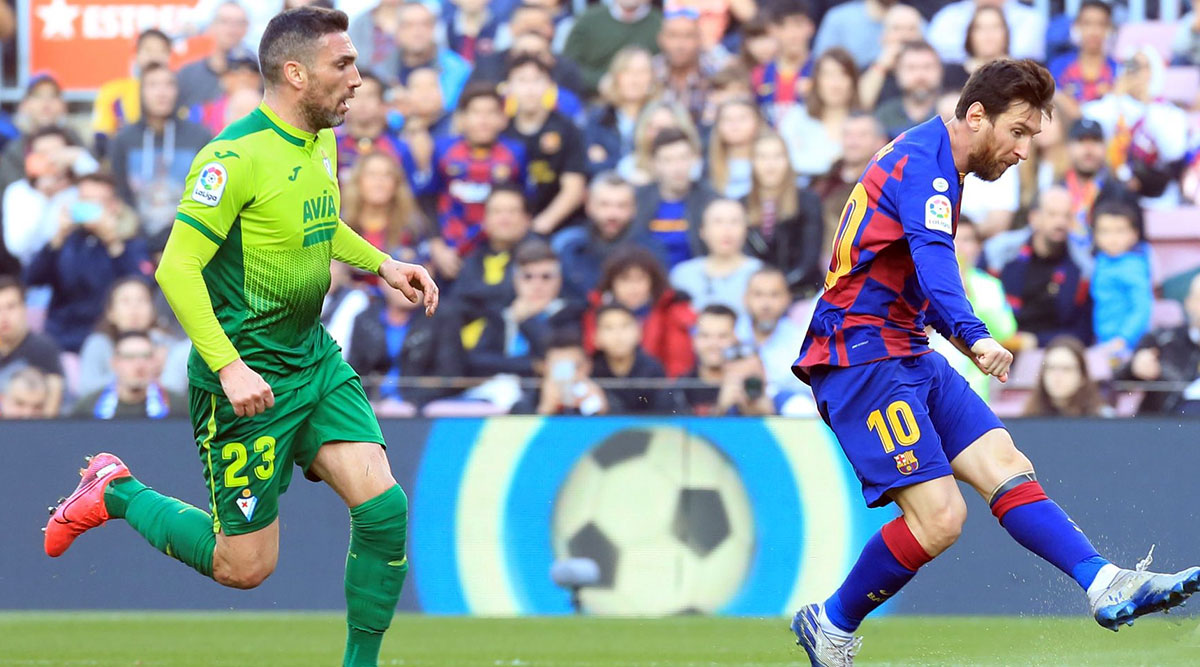 Football is so much more than just players battling it out on the field for 90 minutes and it was shown by Spanish side Eibar after their 5-0 thrashing at the Camp Nou by the hand of Barcelona. Lionel Messi was once again the star of the show in this clash as the Argentine score four goals in the game which also included a first-half hat-trick. This was the Basque side’s heaviest defeat in the league but their reaction after the loss was a touch of class. Lionel Messi Ends Drought With Sensational Hat-Trick During Barcelona vs Eibar Clash in La Liga 2019–20, Twitterati Hail the Argentina Star.

Eibar became one of the many sides on Sunday to be on the end of a Lionel Messi masterclass as the Argentine inspired Barcelona to a 5-0 win. But after the defeat, Eibar took to social media and praised the Barcelona captain for his performance. The 16th placed La Liga side captioned their post which roughly translated to ‘We suffer you, We suffer from you, We cope with you, But we have no choice to stand and applaud you.’

This hat-trick also saw Messi register his 48th career hat-trick for Barcelona and surpass Cristiano Ronaldo’s (47) record of most trebles in club football. Lionel Messi was on a barren run as he had failed to score in four previous matches – the longest streak since 2013-14 season – but ended it in style with a super-hat-trick.

Speaking of Eibar, they have defied all the odds and have managed to avoid relegation since their promotion to Spanish first division in the 2014-15 season. The Basque club are once again involved in a relegation scrap and will be hopeful of surviving the drop yet again. It is the only fan-owned club in La Liga, with about 8,000 shareholders from 48 different countries.