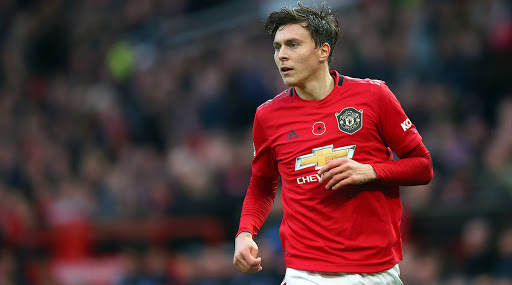 Victor Lindelof has been almost ever-present in the Manchester United line-up this season as the Sweden international has played in 21 of Red Devil’s 22 games playing full 90 minutes in all of those. The defender has formed a consistent partnership with Harry Maguire in United’s defence since the Englishman’s arrival in the summer. Lindelof has been immense for the record English champions this season and his importance can be highlighted by the fact no player in the Premier League this season has been able to dribble past the Swedish international. Manchester United Transfer News Updates: Sporting Lisbon Playmaker Bruno Fernandes and Red Devils Agree Personal Terms.

It was Virgil van Dijk last season who raised the bar for defenders as the Liverpool centre-back wasn’t dribbled past during the entire season. This feat was broken by Arsenal’s Nicolas Pepe when they met earlier in the season as he becomes the first player to go past the Dutch defender in 50 appearances. Lindelof has been an integral part of Man United’s defence and is the only player who has comes close to matching this remarkable achievement. Manchester United on their official Facebook stage posted this extraordinary stat. The Swede has improved on his performances from last season in Maguire’s company and the fact that he hasn’t been dribbled past in the Premier League till now is a clear indication of that. Manchester United 4-0 Norwich, Premier League 2019-20 Result: Marcus Rashford Double on 200th Appearance Helps Man United Smash Canaries.

United are fifth in the league this season and have conceded 25 goals in the season, not a spectacular figure but a stat only bettered by Sheffield United, Liverpool and Leicester City. Red Devils will take on Liverpool in their next Premier League clash and it will be a stern test for Lindelof to continue his amazing feat.