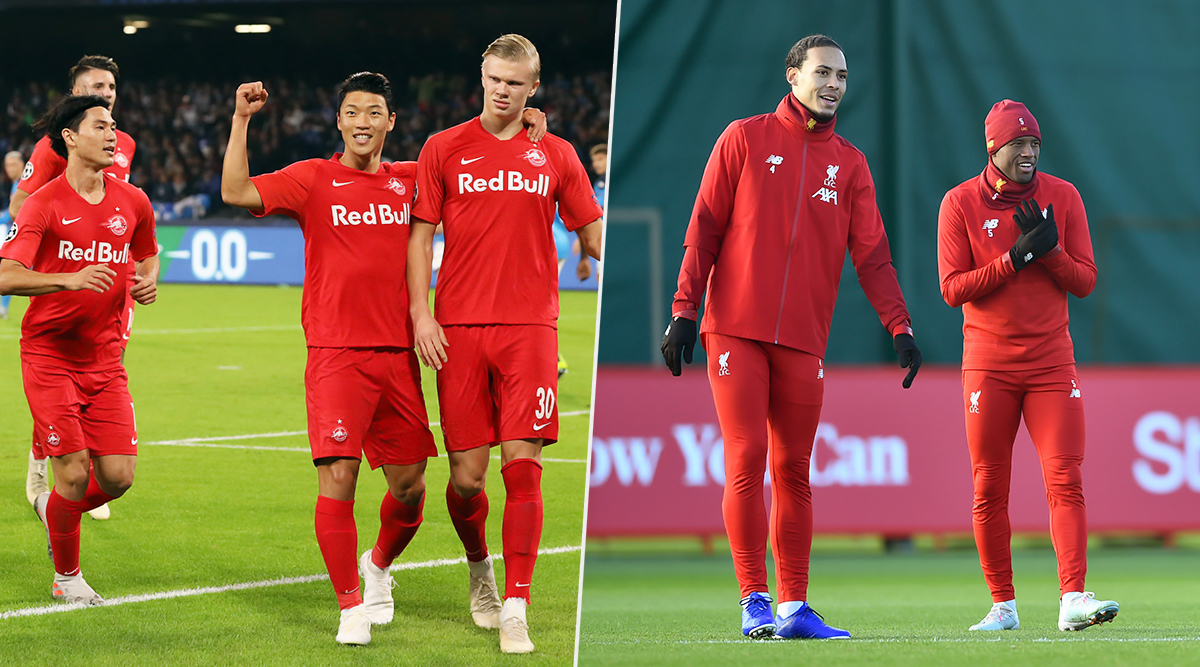 Red Bull Salzburg vs Liverpool, UEFA Champions League 2019-20 live Streaming Online and Telecast: Liverpool have not confirmed their passage to the next round of the 2019-20 UEFA Champions League yet and will have to go through an acid test against Red Bull Salzburg in their den. The home team have put in a number of solid performances this term and know they can ring in a surprise against the Reds. Despite a wonderful campaign in the English Premier League, the Reds have not displayed half of that level in Europe. The defending champions currently lead Group E but know things can change quickly if they lose to Salzburg. Meanwhile, those searching for live telecast, online live streaming and score updates of Red Bull Salzburg vs Liverpool, UCL 2019-20 encounter, should scroll down. Red Bull Salzburg Vs Liverpool - Live Football Score.

Alexander Walke, Antoine Bernede, Patrick Farkas and Sekou Koita will not feature for Red Bull Salzburg through injury which is a cause of worry for Jesse Marsch, their head coach. Erling Haaland has made quite a name for himself through his goal-scoring exploits and Liverpool will need to keep him quiet. His partner in the final third Hwang Hee-Chan helps in setting up goals for him while defensive midfielder Enock Mwepu will keep things tidy in the middle of the park. Cican Stankovic in goal has been brilliant this season for the hosts but will need the help of his defenders to keep things tidy at the back.  Salzburg vs Liverpool, UCL 2019-20: Champions Battle For Survival Against High-Flying FC Red Bull.

Dejan Lovren has been declared fit to play against Salzburg after picking up a hamstring injury against Bournemouth. Naby Keita was brilliant at the weekend for Liverpool and is expected to keep his place against his former club. The front three of Sadio Mane, Roberto Firmino and Mo Salah are the trusted men of Jurgen Klopp and it is a rare event if they are not picked in the starting eleven. Divock Origi could come off the bench if things are not going as per plan for Liverpool.

Salzburg vs Liverpool Group E match in the 2019-20 Champions League will be played late on December 10, 2029 (Tuesday) night and will take place at the Red Bull Arena Salzburg in Austria. SAL vs LIV Group E UCL encounter is scheduled to start at 11:25 pm IST (Indian Standard Time).

You can also follow the Red Bull Salzburg vs Liverpool match on online platforms. Sonyliv, which is the official online media streaming platform of Sony Network, will be live streaming SAL vs LIV Group E encounter of 2019-20 UEFA Champions League matches for its online fans in India. Fans can also follow LatestLY for the live-score updates of Salzburg vs Liverpool and other UEFA 2019-20 Champions League matches. Salzburg at home are a tough side to beat and Liverpool at best can get a draw from this game provided their attackers dominate.