Red Bull's Formula 1 team principal Christian Horner sympathised with reigning champion Max Verstappen after the Dutchman called his retirement from the Australian Grand Prix "unacceptable", the lack of a result putting a huge dent in his hopes of retaining the title at this early stage. 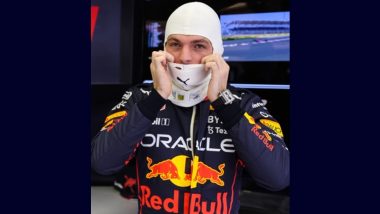 Melbourne, April 13 :  Red Bull's Formula 1 team principal Christian Horner sympathised with reigning champion Max Verstappen after the Dutchman called his retirement from the Australian Grand Prix "unacceptable", the lack of a result putting a huge dent in his hopes of retaining the title at this early stage. After retiring on Lap 39 at Melbourne, Verstappen said he lost a shot at an "easy P2" finish. Verstappen said he was "miles behind" championship leader Charles Leclerc - who won for the second time in three races with the fastest lap point to boot. Atletico Madrid 0-0 Manchester City, UCL 2021-22: After Goalless Draw City Sets up Semis Clash With Real Madrid.

Verstappen is now P6 in the standings and 46 points adrift of the Monegasque after his second retirement of 2022. Horner agreed and said, "It's totally understandable, his frustration. That was a really disappointing result not to finish the race. We don't know what the issue is yet, I don't think it was actually engine-related, I think it might be a fuel issue, but we need to get the car back, we need to look at what's exactly happened. "Until we get the car back, we don't have the data, we don't have the info. But desperately frustrating. I think as Max said, we didn't have the pace to race Charles today - [Ferrari] were in a league of their own. But it's frustrating not to be bagging those points." UCL 2021-22: Who Plays Whom in Semifinals? Full Fixtures, Schedule With Match Timings in IST.

Team mate Sergio Perez rescued P2 for the team after Verstappen's retirement, although the Mexican suffered a DNF alongside Verstappen in the season-opening Bahrain Grand Prix. The reliability issues have put Red Bull third in the standings behind Mercedes. "It was very much a day of mixed emotions with Max not finishing... But we are in this as a team, and we will bounce back. "It's a long season ahead and we have the basis of a quick and competitive car, but we need to get on top of these issues quickly and we will keep pushing," added Horner. Imola, where Verstappen won by 22 seconds in 2021, follows on April 22-24 - Red Bull now facing a climb back to the top as they diagnose the RB18's issues.

(The above story first appeared on LatestLY on Apr 14, 2022 10:57 AM IST. For more news and updates on politics, world, sports, entertainment and lifestyle, log on to our website latestly.com).