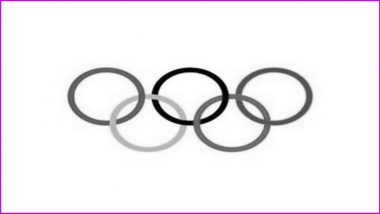 The All-India Olympic Committee was formed in 1923. The trails were held next February, months before the 1924 Paris Olympics. This time they sent seven athletes for track and field and six for tennis. The tennis contingent included Nora Polley and Mehri Tata, the first women to represent India at the Olympics. India at the Olympic Games Part 1, 1900 Paris: Norman Pritchard, India's First-Ever Olympian.

Polley lost both the singles and mixed doubles (with Sydney Jacob) in the first round. Tata, who played tennis in a saree, was paired with Mohammad Sleem. The pair got a bye in the first round and gave a walkover in the second, so Tata did not play a match.

Unfortunately, India put up an ordinary show. Of the runners, Pala Singh made it to the semi-finals of both the 1,500m and 5,000m, but not to the final. Dalip Singh finished third in the long jump semi-finals. Mahadeo Singh came 29th in the marathon. The others did worse.

Not that India did much better at tennis. Of the four participants in men’s singles, Jacob made it to the quarter-finals, where he was pitted against the Jean Borotra of France, who had won at the Wimbledon the same year. Borotra won in four sets. India at the Olympic Games Part 2, 1920 Antwerp: India's First Official Contingent at Summer Games.

Of the two men’s doubles pairs, Syed Mohammed Hadi and Donald Rutnam made it to the quarter-finals as well. They lost in straight sets to Borotra and Rene Lacoste. Lacoste would win the Wimbledon in 1925, and is also known for the tennis t-shirt brand (and its famous crocodile logo) that he launched in 1929.

Of the Indian Olympians, Hadi was also proficient in hockey, football, table tennis, chess, and polo. In 1934/35, he became the first to score a hundred in the Ranji Trophy, and played an unofficial ‘Test’ against the touring Australians of 1935/36.

(The above story first appeared on LatestLY on Jul 18, 2021 11:58 PM IST. For more news and updates on politics, world, sports, entertainment and lifestyle, log on to our website latestly.com).