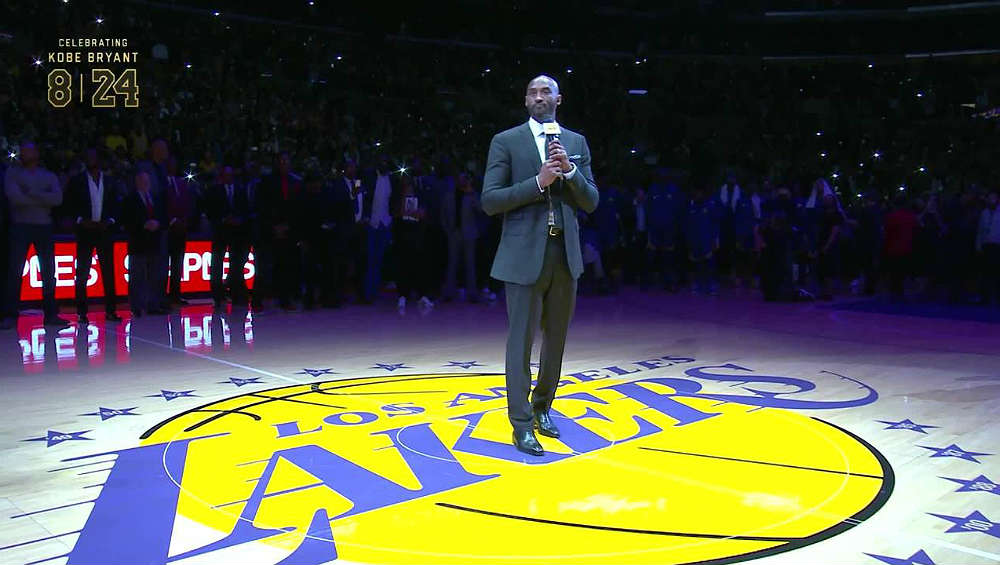 The world lost one of its iconic sporting jewels when Lakers legend Kobe Bryant passed away on January 26, 2020 (Sunday) in a helicopter crash in Calabasas, California. The former basketball player was reportedly on his way to the Mamba Sports Academy where he used to train his daughter Gianna Bryant when the devastating incident occurred. The entire sporting family have paid their tributes to ‘Magic Mamba’ and among them were some well-established sports stars such as Sachin Tendulkar, Cristiano Ronaldo, Lionel Messi, Neymar, Rafael Nadal and Novak Djokovic just to name a few. Kobe Bryant Dies at 41, Sports Fraternity Across the World Pays Tribute to Lakers Legend Who Died in Helicopter Crash.

Some of the biggest superstars in the sporting universe have offered their condolences over the untimely passing of Kobe Bryant as they took to social media and past a heart-warming tribute in his honour. Lionel Messi posted a heartfelt message for Kobe as they both were good friends and the Lakers legend has many times cited the story of Ronaldinho introducing him to a young prodigy who will become the best player in the world in years to come. Cristiano Ronaldo called him a legend as he wrote ‘So sad to hear the heartbreaking news of the deaths of Kobe and his daughter Gianna. Kobe was a true legend and inspiration to so many. Sending my condolences to his family and friends and the families of all who lost their lives in the crash. RIP Legend.’ Virat Kohli and Rohit Sharma Pay Tribute to Kobe Bryant After NBA Legend’s Untimely Death (See Posts).

So sad to hear the heartbreaking news of the deaths of Kobe and his daughter Gianna. Kobe was a true legend and inspiration to so many. Sending my condolences to his family and friends and the families of all who lost their lives in the crash. RIP Legend💔

Horrible news today. Tragic the death of one of the greatest sportsman in the world. Kobe Bryant, his daughter Gianna and other passengers. My condolences to his wife and families. I am in shock.

My heart truly mourns over the news today. Kobe was a great mentor and friend. There are not enough words to express my deepest sympathies to the Bryants and every family suffering from this tragedy. May God bless you and your Gianna. Thank you for being there for me and inspiring the entire world. Thank you for showing all of us athletes how to compete and respect sport. Thank you for the greatest legacy you leave behind with us. I’ll never forget your smile spreading positive energy everywhere you went. You and your daughter will live forever ♾ in our hearts ❤️. RIP amico mio. Ti voglio bene.

Saddened to hear about the tragic demise of Kobe Bryant, his daughter Gianna & others on-board the helicopter.

My condolences to his family, friends and fans across the world. #KobeBryant pic.twitter.com/N8B4Tcr4KU

Kobe Bryant declared himself in the 1996 NBA draft after graduating high school and was picked up by Charlotte Hornets. Bryant had a record that very few can match in NBA as he is the fourth-highest all-time scorer in the competition's history and as the first player to reach 30,000 career points and 6,000 assists. He is the highest scorer in Lakers history and led them to five championship titles in a career that lasted 20 years.