Kobe Bryant Tragic Death in Helicopter Crash: A Look at Some Memorable Moments of the ‘NBA Legend Gone Too Soon’ 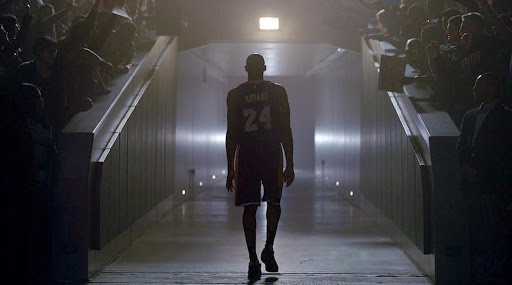 A lot of people admire to be Michael Jordan but only one did it and it was the great Kobe Bryant. The Lakers legend tragically passed away in a helicopter crash on January 26, 2020 (Sunday) in California. The world is in a state of grief on the news of losing one of its most beloved sporting icon and people from various fields have paid their tributes to the great one. In this article, we honour ‘Magic Mamba’ by taking a look at some of his best moments that made everyone around the world fall in love with him. Kobe Bryant Dies at 41, Sports Fraternity Across the World Pays Tribute to Lakers Legend Who Died in Helicopter Crash.

Bryant is widely celebrated as one of the greatest of all time and started his basketball career at a very young age. After graduating from high school, Kobe declared himself for the 1996 NBA draft and was Charlotte Hornets’ 13th pick, who later traded him to the LA Lakers. Bryant’s etched his name in the franchises’ history as he is their leading point’s scorer and has led them to five championship titles in an illustrious career that lasted for 20 years. Son of former NBA player Joe Bryant, Kobe is an 18-time-all-star and was selected to start the all-star game for 18 consecutive years, an all-time record. Kobe Bryant Dies at 41 in Helicopter Crash; Twitter Mourns NBA Legend's Demise, Read Tributes.

Michael Jordan of Our Generation

There is a reason we called him “the Michael Jordan of our generation” #RIPMamba pic.twitter.com/Cs8e25aDAo

“The most important thing is to try and inspire people so they can be great in whatever they want to do.”

Your legacy will live forever. pic.twitter.com/aogA9AqIpf

So shook watching this 😥 The exact reason I celebrated Kobe Bryant’s greatness and tried to educate people on his deep specialities is the exact reason the world is so shook and broken. His game was so pure and polished and cerebral that he became INVINCIBLE to us all. #RIP #TBE pic.twitter.com/qcIuvcdL0p

What an absolute Golden moment there, he didn't even flinch. #KobeBryant pic.twitter.com/TJWAlHDwV9

Four of my favorite Kobe Bryant photos. Reply with a few of your top memories. pic.twitter.com/ZG6nDTP3HH

Standing at 6 feet 4 inches tall, Bryant primarily played as a shooting guard and was frequently compared with arguably the greatest basketball player of all-time, Michael Jordan, after whom he modelled his playing style. Mark Heisler of Forbes described Kobe as the most alienated superstar that the NBA has ever seen and he surely is one of a kind. Often cited as the best player of his generation, Kobe is fourth in the list of all-time leading NBA scorers and was the first player in the history of the competition to have at least 30,000 career points and 6,000 career assists.