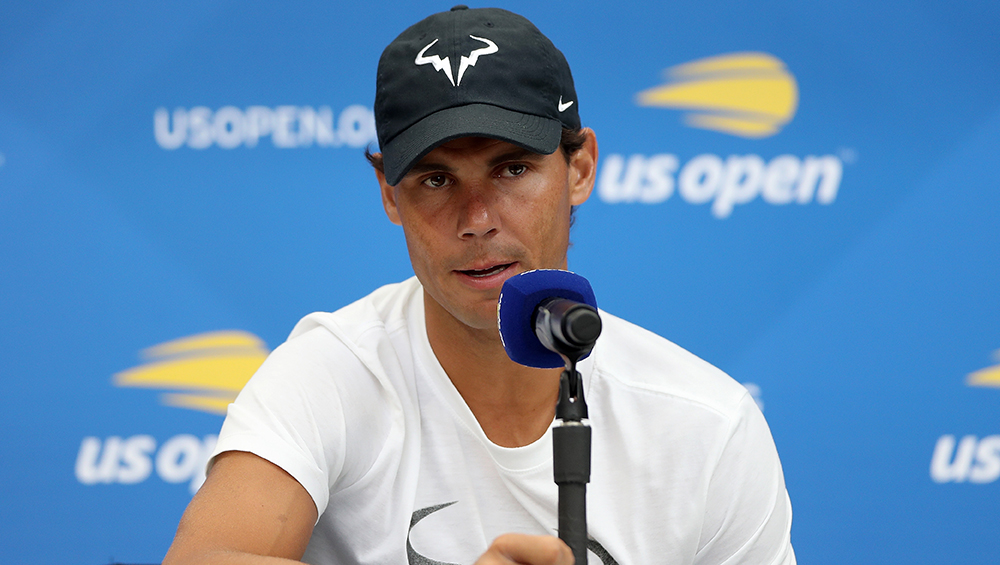 Just a day after Novak Djokovic had claimed the existence of a common WhatsApp group with other tennis legends Rafael Nadal and Roger Federer, Nadal revealed there is no such private chat group between tennis’ big three. Djokovic in an interview with the Dubai Open Championship organisers had earlier claimed that he, Nadal and Federer share a common WhatsApp group between them and that they respond to each other’s messages in the group. But rubbishing that claim Nadal informed that there is no such group between the three although there are other WhatsApp groups where there are many other tennis players apart from the big three. Nadal was speaking ahead of his match first match of 2020 Mexican Open. Novak Djokovic Confirms Common WhatsApp Group With Roger Federer and Rafael Nadal.

“We do not have a group of us three but of more people,” Nadal was quoted as saying by the Indian Express. “All of us who are on the players council are informed of all the things that are happening and any news is transmitted there. It is not that we have a daily communication. The group is more for professional issues than personal issues.”

The defending French and US Open champion, however, reiterated Djokovic’s words that despite the on-court rivalry and long, intense tennis history between them three, they still share a great bond and are good friends both on and off the court. Nadal, a 19-time Grand Slam winner, will face Pablo Andujar in his opening match at 2020 Mexcian Open.

The 33-year-old is still searching for his first title of the season having lost the Davis Cup final to Novak Djokovic-led Serbia. He was also beaten in the 2020 Australian Open semi-final by Dominic Thiem, who then lost to Djokovic in the final. The Serbian, courtesy the win became the first ever to win eight Slam titles at the Melbourne Arena.

Earlier, asked about the existence of any WhatsApp group between them Djokovic had said: WhatsApp group, yeah we do. We are all active, and we are not active as well.” “When we are active, everybody responds. We got it, we get along very well, I think we know, there is tremendous respect for each other, privately and professionally. As long as this is the case, everybody benefits from that and the sport as well,” the 17-time Grand Slam champion had added.