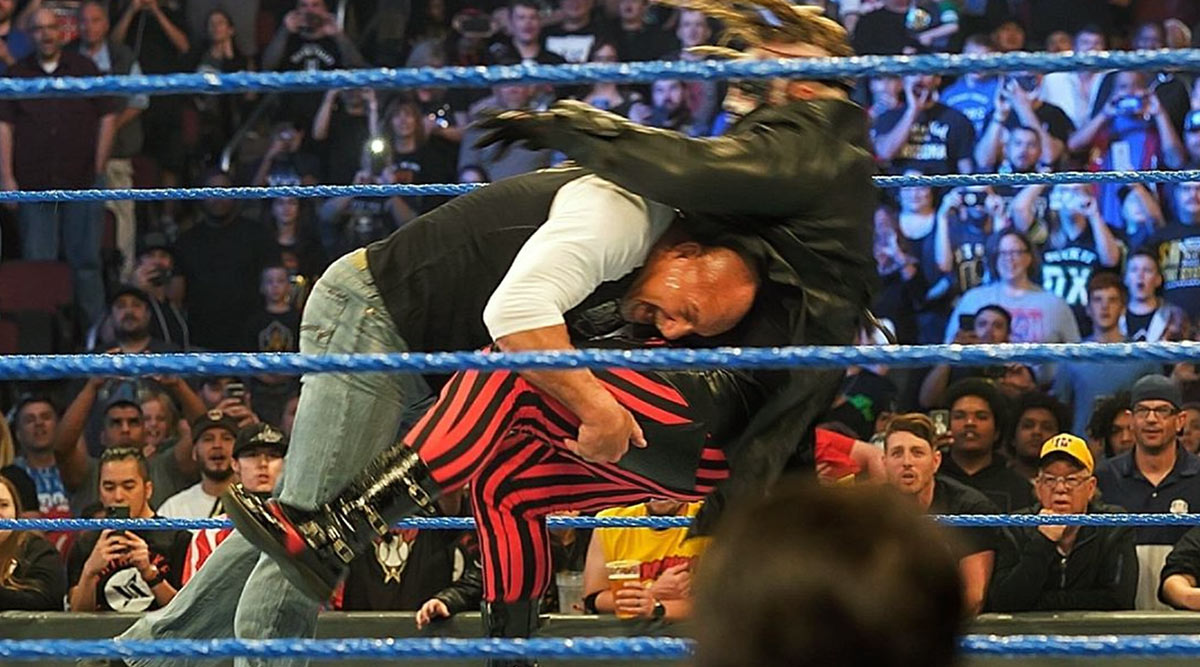 WWE Universe is really looking forward to Goldberg's return to in-ring action at the upcoming pay-per-view Super ShowDown 2020. Goldberg has challenged 'The Fiend' Bray Wyatt for WWE Universal Championship. This match will be the main event of the show and it has indeed created a buzz since its announcement. WWE Super ShowDown 2020 will take place on February 27, 2020, at Riyadh in Saudi Arabia. Bray Wyatt played mind games with Goldberg since past few weeks through Firefly Fun House, however, Goldberg had better of him on this past week SmackDown episode where he speared 'The Fiend'. Ahead of Goldberg vs The Fiend match for Universal Championship, let us have a look below at the compilation of WWE Hall of Famer spear. Hulk Hogan to Feature at WWE Super ShowDown 2020 in Saudi Arabia.

Apart from The Fiend vs Goldberg match for Universal title, fans are also looking forward to Brock Lesnar's match against Ricochet for WWE Championship. WWE Super ShowDown also has King Baron Corbin vs Roman Reigns steel cage match. That's not all, we will also see the legendary Hulk Hogan appear on the upcoming pay-per-view event.

Compilation of Goldberg's Spear With The Fiend's Reaction

Meet #BrayWyatt's most special friend of all, @goldberg95. #SmackDown #WWESSD

As a fan, we are highly excited for Goldberg getting back in action after a long time. It must also be noted that The Fiend became Universal Champion by defeating Seth Rollins at Riyadh in WWE Crown Jewel pay-per-view event on October 31, 2019. Now we will have to just wait and see how Bray Wyatt manages to defend his title against Goldberg. Stay tuned with LatestLY for more news and updates from WWE Super ShowDown 2020.