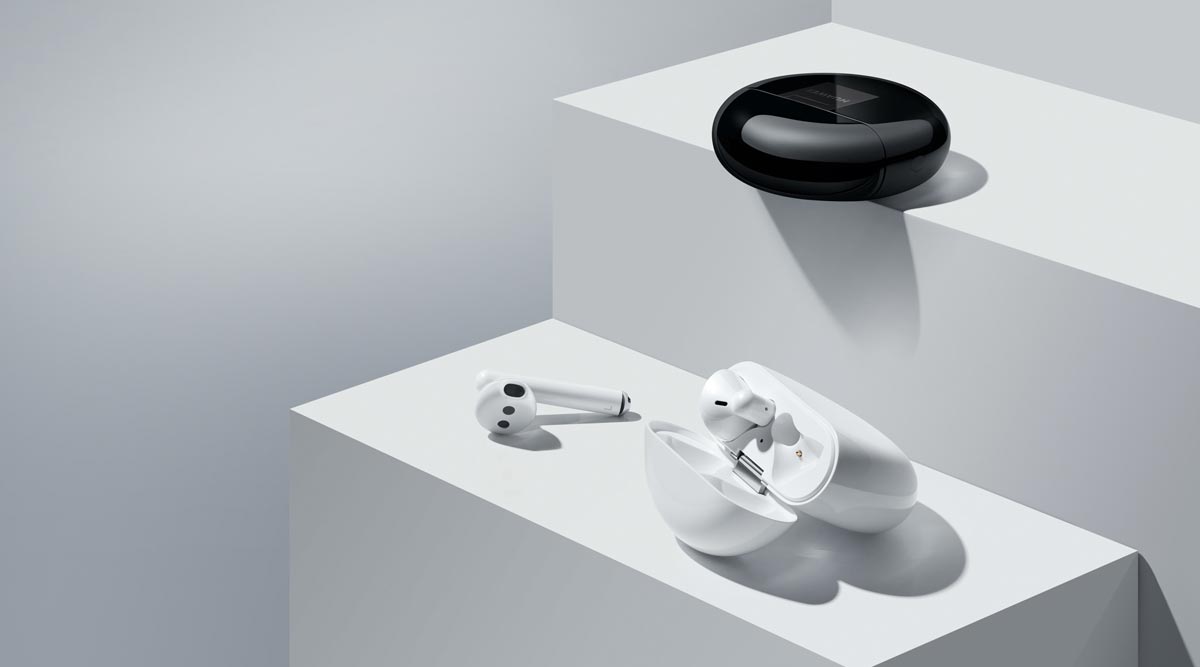 Huawei's Freebuds 3 TWS earphones are expected to be launched in India this month. Unveiled globally last year in September, the earphones were expected to hit the Indian market in December alongside the Watch GT 2. However, the company only launched the Huawei Watch GT 2 in India. But, the fans won't have to wait for long as the Chinese tech giant might launch the Freebuds 3 this month. Huawei Opens Its First Flagship Store in France: Report.

This piece of information comes from the popular leakster, Ishan Agarwal. However, the source didn't provide an exact launch date but confirmed that it would be making India debut this month. So, we can expect an official announcement from the company soon. Huawei P40 Lite E Launched in Poland Starting From PLN 700: Report.

Exclusive: Tough competition for AirPods is now coming to India! Huawei will be launching the Freebuds 3 in India, this week. It is the only Open-fit Active Noise Cancellation Wireless Earbuds in the market. So excited, let's wait and watch for the launch date & other details. pic.twitter.com/5nJOGlNVx1

It is important to note that the Huawei Freebuds 3 will be the first open-fit earbuds with noise cancellation in the world. Interestingly, the earphones will be powered by the Kirin A1 chipset, which is also offered on the Watch GT 2. Each bud on the new Huawei earphones will be fuelled by a 30 mAh battery along with the charging case carrying a 410 mAh cell. Moreover, Freebuds 3 will also support Bluetooth 5.1.