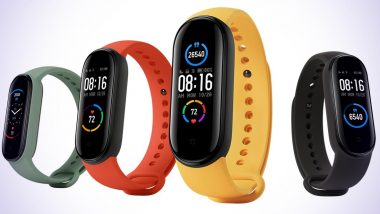 Xiaomi is all set to launch the new Mi Smart Band 5 in India on September 29, 2020. This piece of information was revealed by a listing on Amazon India. The launch event of the Mi Smart Band 5 will take place at 12 PM IST. It is expected to be an all-digital event because of the pandemic. Also, Amazon's microsite suggests the fitness band will be made available exclusively via the online marketplace. It is also expected that it will be made available for sale very soon after the launch through Amazon, Mi.com, Mi Home stores. Xiaomi Mi 10 8GB + 256GB Variant Now Available for Sale via Flipkart at Rs 54,999.

The new Mi Smart Band 5 will essentially be a rebranded version of Mi Band 5 that made a debut in China earlier this year. It will be introduced in the country as a replacement to the Mi Smart Band 4, sporting a bigger 1.1-inch colour AMOLED display. As a reminder, the Mi Smart Band 4 features 0.95-inch screen. The band comes in seven strap colour options - Black, Blue, Green, Pink, Purple, Orange, and Yellow. 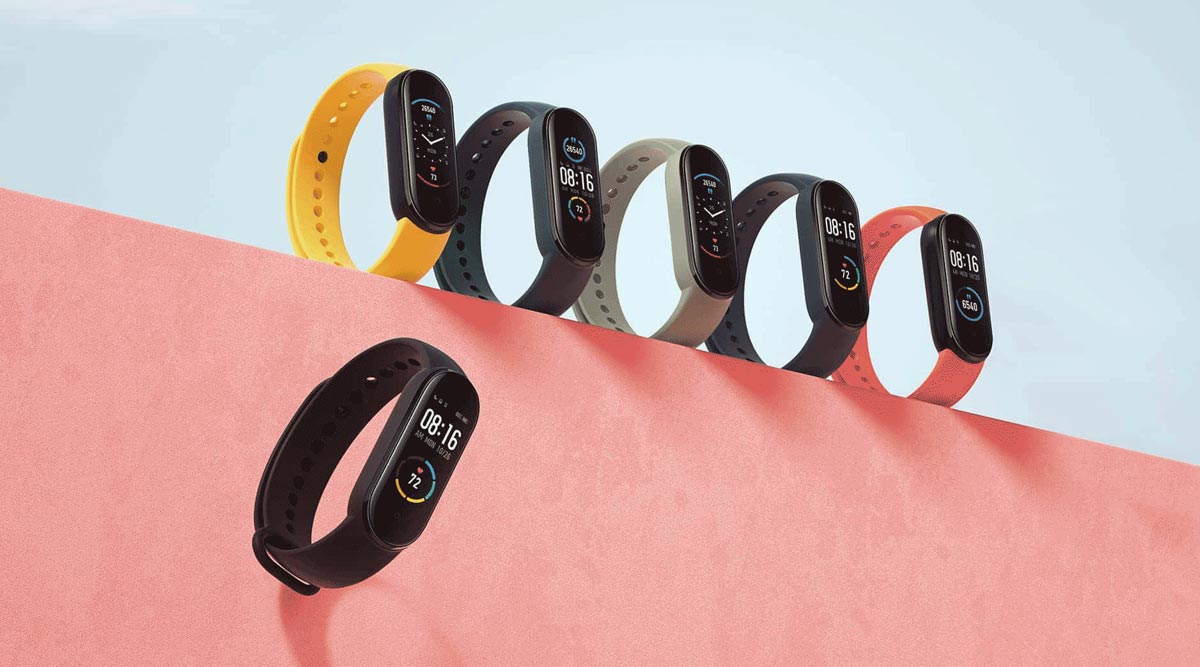 Here comes the event you have been waiting for - The 3rd edition of #SmarterLiving.#SmarterLiving2021 - September 29th | 12 noon

Hints in the visual below. 👇 pic.twitter.com/fv8tiA4qHL

As far as the prices are concerned, the Mi Smart Band India prices are likely to be in line with the China variant. The regular variant of the fitness band costs CNY 189 which is approximately Rs 2,000. However, NFC variant retails at CNY 229 that is around Rs 2,500. It is highly unlikely that the company will introduce the NFC variant in India. 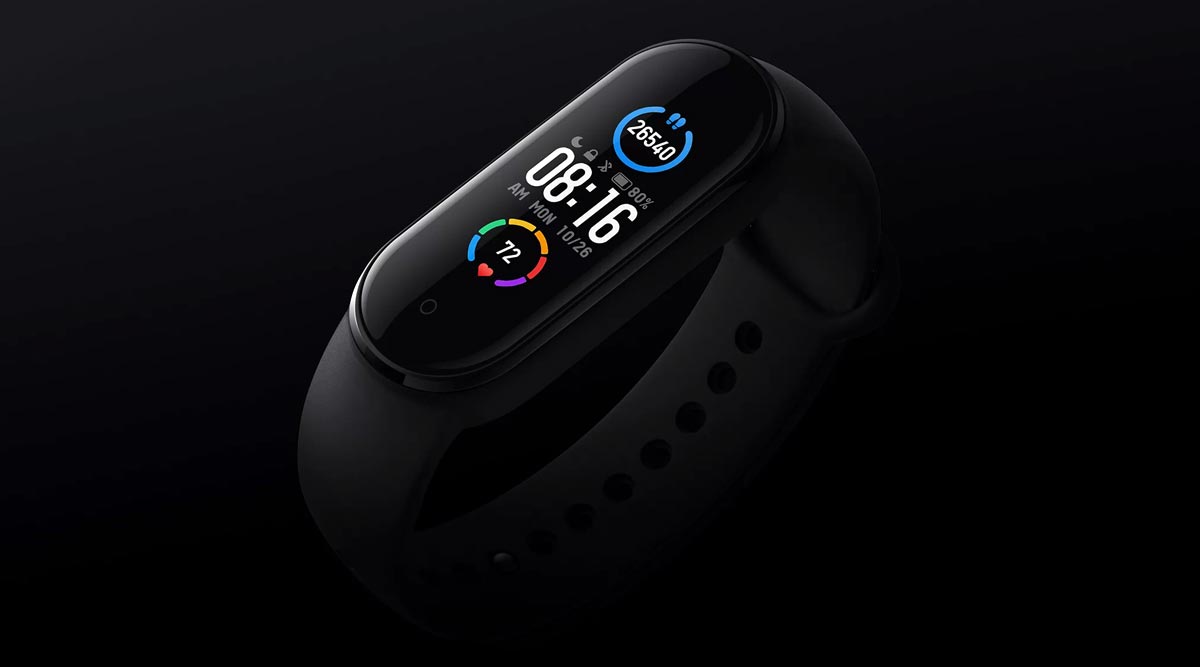 There will be a magnetic charging dock with the Mi Smart Band 5 offering a convenient charging experience for the users. It also gets upgraded fitness orientated features, which also includes a dedicated health mode for women. There's also a built-in microphone for understanding voice commands. 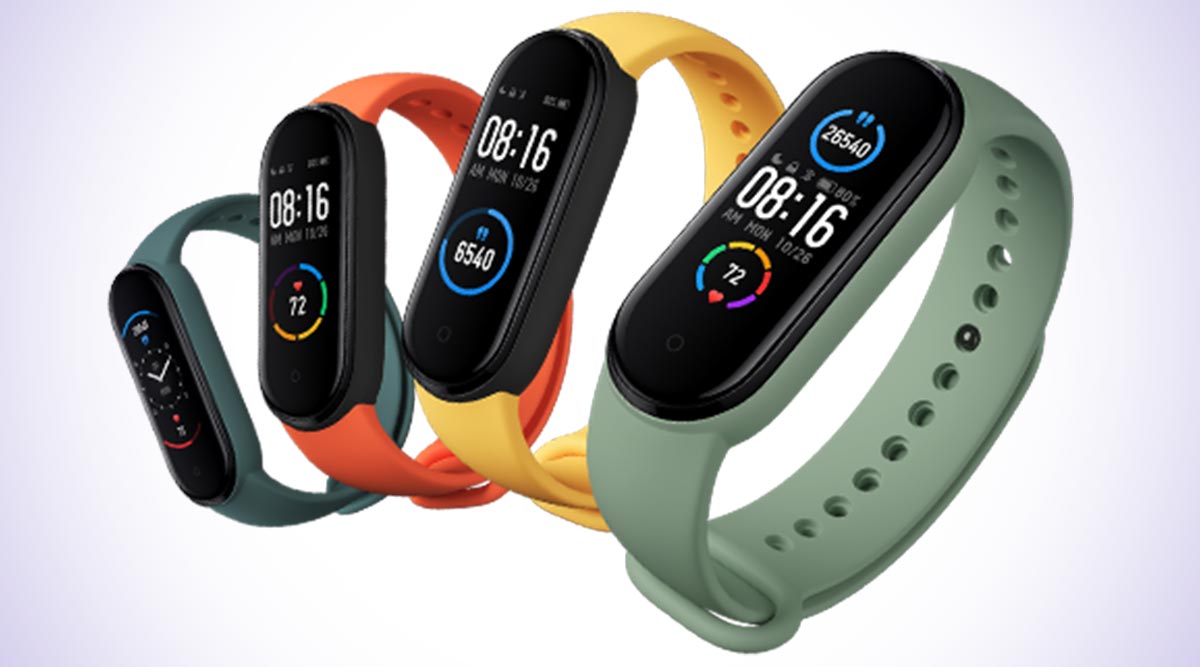 Coming to the specifications, the Mi Smart Band 5 gets a 1.1-inch colour AMOLED display with a screen resolution of 126x294 pixels. The company is offering11 sports modes on the band that employ a built-in, six-axis accelerometer sensor for tracking exercises. Additionally, there's also a PPG sensor for heart rate monitoring. It also comes with a sleep monitoring function. Supporting Bluetooth v5.0 connectivity, the fitness band is backed by a 125 mAh battery that is claimed to provide power for up to 14 days on a single charge. Also, the band is touted by water-resistant and can be worn during showers and swimming.

(The above story first appeared on LatestLY on Sep 17, 2020 10:27 AM IST. For more news and updates on politics, world, sports, entertainment and lifestyle, log on to our website latestly.com).