Content streaming platform Netflix on Tuesday said it is slashing its monthly subscription rates by up to 60 per cent in India, as it looks to woo viewers amid growing competition in the OTT space in the country. 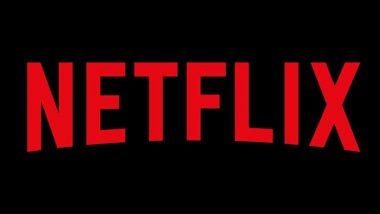 New Delhi: Content streaming platform Netflix on Tuesday said it is slashing its monthly subscription rates by up to 60 per cent in India, as it looks to woo viewers amid growing competition in the OTT space in the country. Under the new rates that roll out from Tuesday, Netflix's Mobile will now be available at Rs 149 a month (from Rs 199 earlier), while the Basic plan will be priced at Rs 199 a month, instead of Rs 499. The Standard plan will be charged at Rs 499 per month, while Premium will be available at Rs 649 a month. These plans were earlier charged at Rs 649 and Rs 799, respectively. Netflix Rolls Out Support for UPI AutoPay Feature in India.

"We are dropping our prices and it's across the board, across our plans. This will include all our service - local and global. The biggest drop of 60 per cent is in the Basic plan, because we want the audiences to watch Netflix on a bigger screen or on any device, so that has gone down from Rs 499 to Rs 199," Netflix Vice President - Content (India) Monika Shergill told PTI.

It's happening! Everybody stay calm! 😱

In case you missed it, you can now watch Netflix on any device at #HappyNewPrices. pic.twitter.com/My772r9ZIJ

She added that the price drop is matched with a power-packed slate that the company is launching. Netflix has been a premium offering since its launch in India in 2016, with subscription plans starting from about Rs 500. Since then, the company has tweaked pricing as well as introduced a mobile-only plan in the country.

"We have had great momentum since the time we came here (India), particularly over the last two years. When we came in, we were more of a service that brought global content. "But in the last two-three years that has been changing dramatically and we are expanding our slate... The whole focus is on reaching our larger set of audiences out there, it's a very organic expansion strategy to go out there," she said.

She added that the pricing will appeal to everyone across the board, including new users joining the platform. While Netflix plays in the premium content streaming space, it competes with the likes of Amazon Prime Video, Hotstar and even YouTube, along with other local players in the Indian market. The competition in the video-on-demand space has intensified as data tariffs have come down drastically in the country.

Content consumption has grown manifold in the last few years, especially amid the pandemic. OTT platforms like Netflix, Amazon Prime Video, Disney Hotstar, and Zee5 have seen significant growth in user numbers. Smaller players like Hungama and ALTBalaji are also actively expanding their library with original programming to tap into the Indian market.

Amazon had recently announced that it will increase the price of the annual membership of its Prime programme (which includes content as well as other benefits) in India by 50 per cent to Rs 1,499. Monthly and quarterly fees are also being hiked. Disney+Hotstar is available for Rs 899 a year onwards.