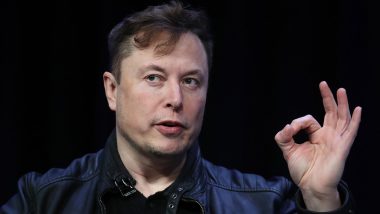 Musk founded Neuralink in 2016 but has only held one major public presentation. However, more details about Neuralink will be presented at an event on August 28, reports independent.co.uk.

The main aim of the project is to provide a direct connection between a brain and a computer to overcome the power of artificial intelligence (AI), using a "sewing machine-like" device to stitch threads to an implanted brain chip.

Musk confirmed the feature last month over an exchange with a Twitter user who asked: "If we implement Neuralink - can we listen to music directly from our chips? Great feature."

Musk replied with a simple, "yes".

He has also confirmed that the chip would be able to control hormone levels, which would have the potential to help with anxiety relief, among other things.

Musk has often criticized the over-reliance on AI and the potential danger it poses. He recently claimed that AI will be 'vastly smarter' than any human and would overtake us by 2025.

(The above story first appeared on LatestLY on Aug 03, 2020 11:39 AM IST. For more news and updates on politics, world, sports, entertainment and lifestyle, log on to our website latestly.com).