Redmi is all set to launch the Note 11 Series in China on October 28, 2021. Ahead of its launch, full specifications of Redmi Note 11 Series have been leaked online. 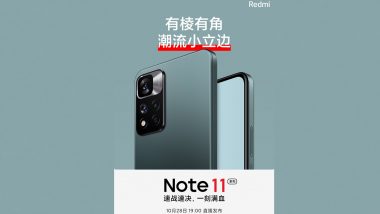 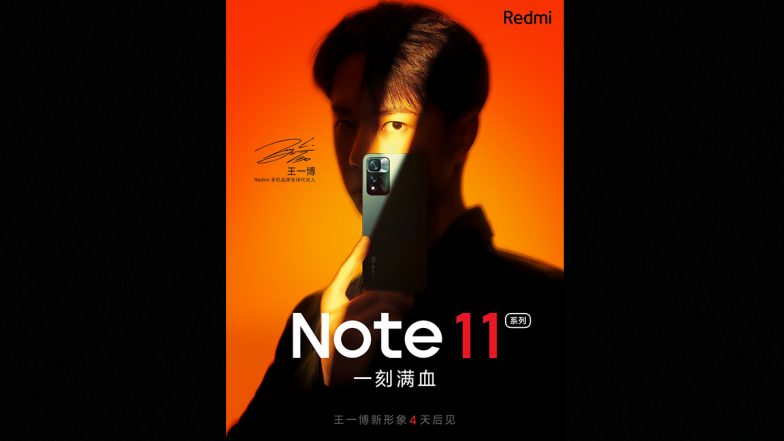 As per a report from GizmoChina, Redmi Note 11 will feature a 6.5-inch FHD+ LCD display with a refresh rate of 120Hz. It will be powered by MediaTek Dimensity 810 chipset coupled with LPDDR4x RAM. The handset will come powered by a 5,000mAh battery with 33W fast charging support. For photography, it might get a dual rear camera setup comprising a 50MP main camera and a 2MP secondary snapper. At the front, there will be a 16MP snapper. Redmi Note 11 is likely to be priced from CNY 1,199. 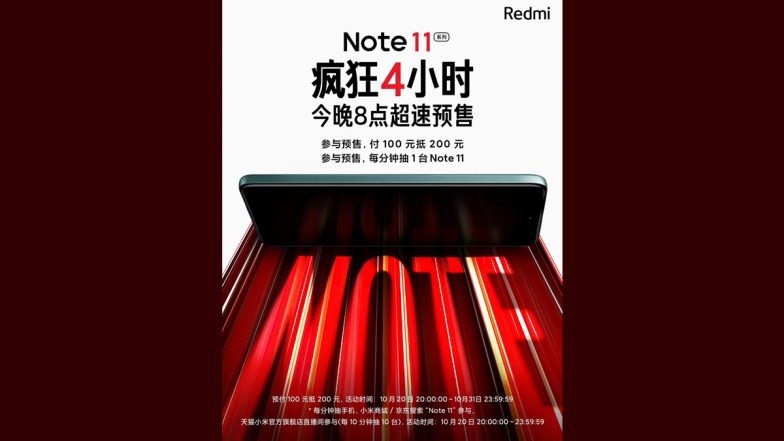 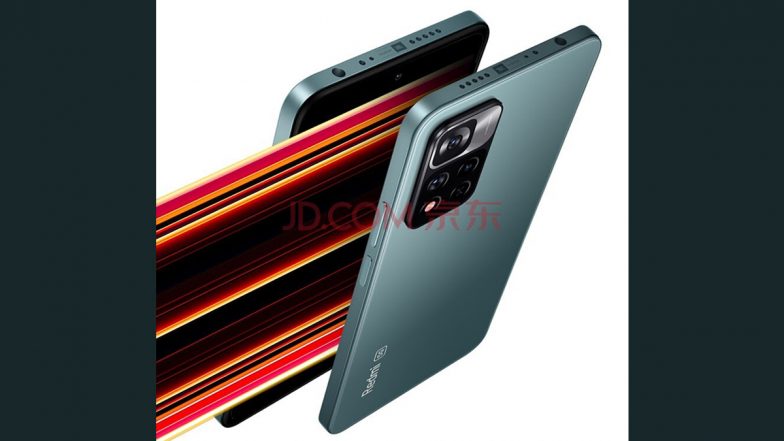 (The above story first appeared on LatestLY on Oct 22, 2021 10:25 AM IST. For more news and updates on politics, world, sports, entertainment and lifestyle, log on to our website latestly.com).