Samsung, the South Korean tech giant, will officially introduce the Galaxy S22 Series at its unpacked event next month. Ahead of its launch, both devices are now available for pre-order in the US. 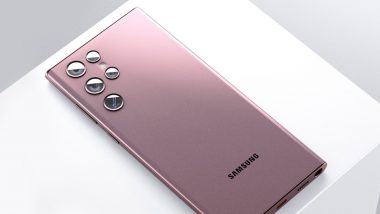 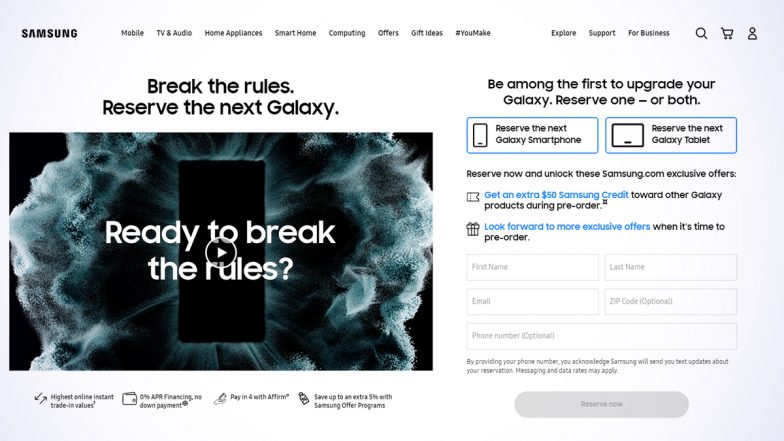 The Samsung US website has listed both the devices - Galaxy S22 Series and Galaxy Tab S8 Series for pre-order. Samsung is also offering an extra $50 Samsung credit which can be used to purchase other Galaxy products. Samsung is yet to confirm the date of its Galaxy unpacked event. According to a report, the Galaxy S22 Series will come in two processor options - Qualcomm Snapdragon 8 Gen 1 and Exynos 2200, depending on the region.

(The above story first appeared on LatestLY on Jan 24, 2022 11:37 AM IST. For more news and updates on politics, world, sports, entertainment and lifestyle, log on to our website latestly.com).