"These next-door planets are the ones where we have the best prospects for finding and analyzing atmospheres, surface chemistry and possibly even the fingerprints of a biosphere -- the tentative signals of life," Tuthill said. 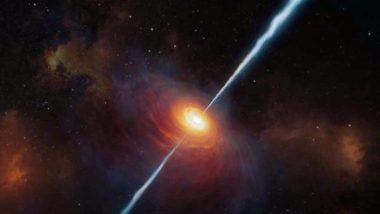 In unveiling the project on Wednesday, Professor Peter Tuthill from the Sydney Institute for Astronomy at the University of Sydney said the telescope would open a "new window on the universe".

In particular, the researchers, including teams from the US and Europe, will focus on Alpha Centauri more than four light years from Earth, which is the closest star system to our own solar system, Xinhua news agency reported.

"We want to concentrate our efforts on this one, very special star system - Earth's nearest neighbour - rather than playing the odds with bigger populations of distant stars where lucky breaks can reveal planets to astronomers by other techniques," Tuthill told Xinhua. NASA Outraged at Russia's Anti-Satellite Test That Created 'Dangerous' Space Debris.

Astronomers know that Alpha Centauri consists of three stars, two of which are very much like the Sun, and these present a tantalizing possibility in the ultimate quest to find a planet capable of supporting life.

"These next-door planets are the ones where we have the best prospects for finding and analyzing atmospheres, surface chemistry and possibly even the fingerprints of a biosphere -- the tentative signals of life," Tuthill said.

The Telescope for Orbit Locus Interferometric Monitoring of the Astronomical Neighbourhood (TOLIMAN) would use a new technology called a "diffractive pupil" that helps with the exquisitely precise measurements on the captured starlight needed to detect rocky Earth-like planets around the system's "Goldilocks zone".

"If you're too far away from your host star, you're a frozen snowball," Tuthill told the national broadcaster ABC. "If you're too close, you get baked. So you want that 'Goldilocks' just-right orbit."

The project has received guidance from Sydney-based space engineering company Saber Astronautics which will also provide operational support when the telescope is launched into orbit, most probably in 2023. Chief executive Jason Held said Australians should be proud of the mission as it was "an exciting, bleeding-edge space telescope" that "will be a joy to fly."

"In order for it to deliver the science we want, it will need to be in orbit above the Earth for a couple of years before we've accumulated good enough data to tell whether there's a planet in the system or not," Tuthill said. Speaking to the ABC, Tuthill said if a habitable planet was discovered, it could ultimately lead to future space exploration.

"Four light years is a very long way away for our present technologies but if you allow us to dream a little bit and gaze into the future several generations... then humanity is going to want to leap those voids."

(The above story first appeared on LatestLY on Nov 17, 2021 12:32 PM IST. For more news and updates on politics, world, sports, entertainment and lifestyle, log on to our website latestly.com).