Happy World Environment Day 2020: From Western Underground Orchid to Corpse Flower, List of 8 Most Endangered Plants That Needs to Be Conserved At Any Cost! 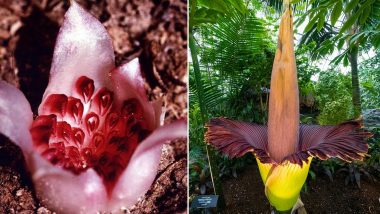 It is World Environment Day 2020 today, June 5. The day calls for an action to understand the importance of environment and how we can preserve them. The changes in the environment or the appearance of new ones, the rate of extinction is higher these days. Many species have been disappeared from the planet, leading to a more challenging future for the environment. And some are in danger of getting extinct. Plants play a significant role in preserving nature, but some of them are now extinct, as well. Thanks to the destruction created by us, humans in the living world, a frightening number of plants are now endangered. The world’s rarest and endangered plants also happen to be some of the strangest and most beautiful organisms on Earth. As we celebrate World Environment Day 2020 today, let us look at eight plants across the world that are endangered. From Western Underground Orchid to Corpse Flower, here's the list of most endangered plants from across the world that need to be conserved at any cost. World Environment Day 2020: From Growing Vegetables at Homes to Necessary Travelling, 5 Things We Can Continue Doing Post Lockdown For a Greener and Cleaner Environment!

There was a time when our planet was full of plants and greenery. From adding beauty to nature to contributing to the biological evolution and playing a significant role in the life cycle of living beings, plants have come a long way. But in the process of evolution, we have lost a few, while many are at the risk of getting instinct. From Western Underground Orchid to Corpse Flower, here's a list of eight most endangered plants from across the world. 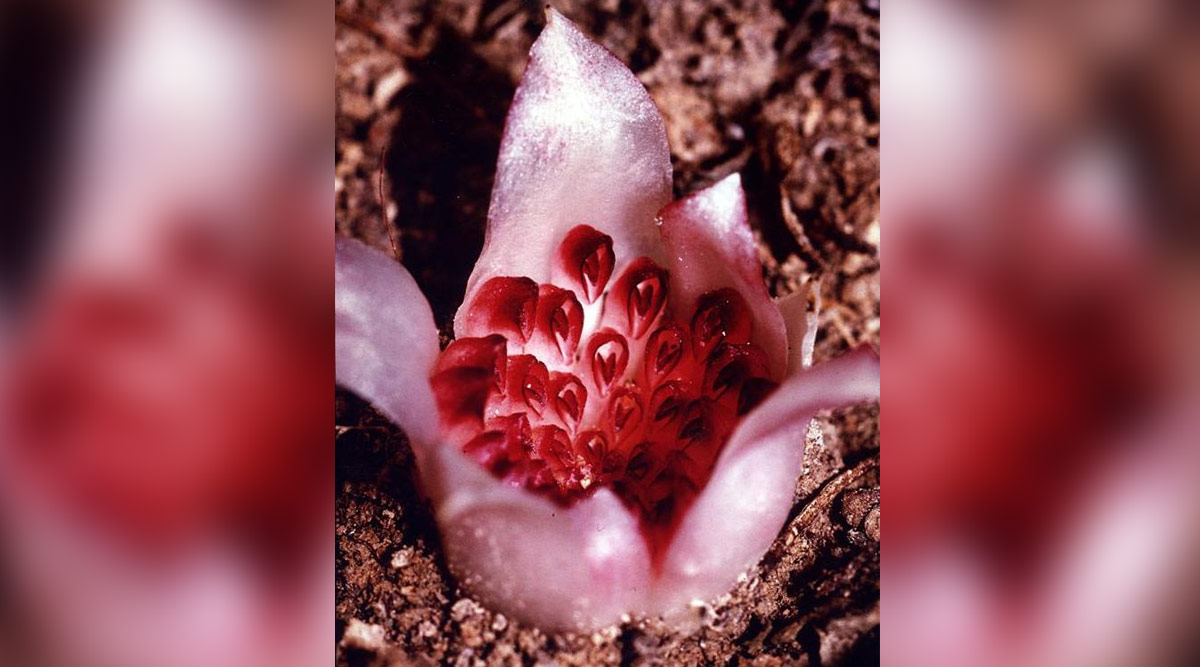 Rhizanthella Gardneri, also known as Rhizanthella gardneri, is a plant in the orchid family. It was discovered in the spring of 1929 in the wheat belt of Western Australia. A plant that spends its entire life living underground, getting its energy from fungus, is now rare. According to reports, only 50 of the plants are known to exist across Australia. 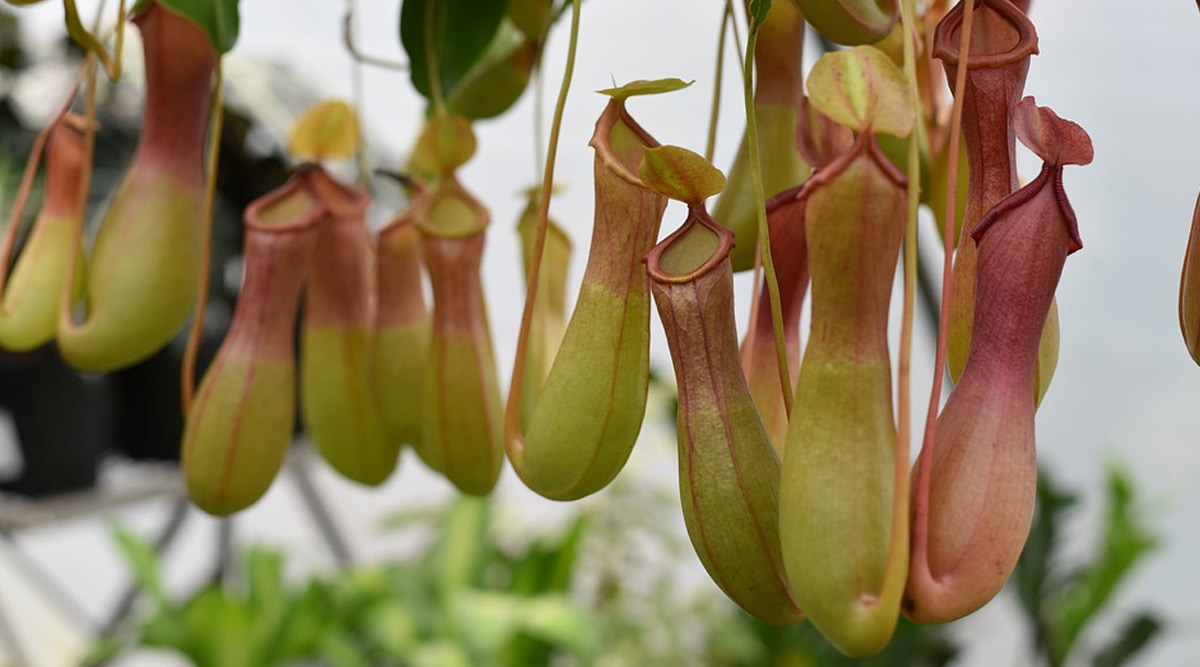 If you haven’t seen a pitcher plant yet, prepare yourself to get fascinated, as it accurately appears as its name—a pitcher. They are carnivorous plants that feast on foraging, flying or crawling insects such as flies. They are also known to feed on small mammals, including mice. The Green Pitcher Plant is critically endangered. After it was reported to be in a threat of getting extinct, the United States Department of Agriculture (USDA) have stored seeds from the plants, if anything dramatic occurs. 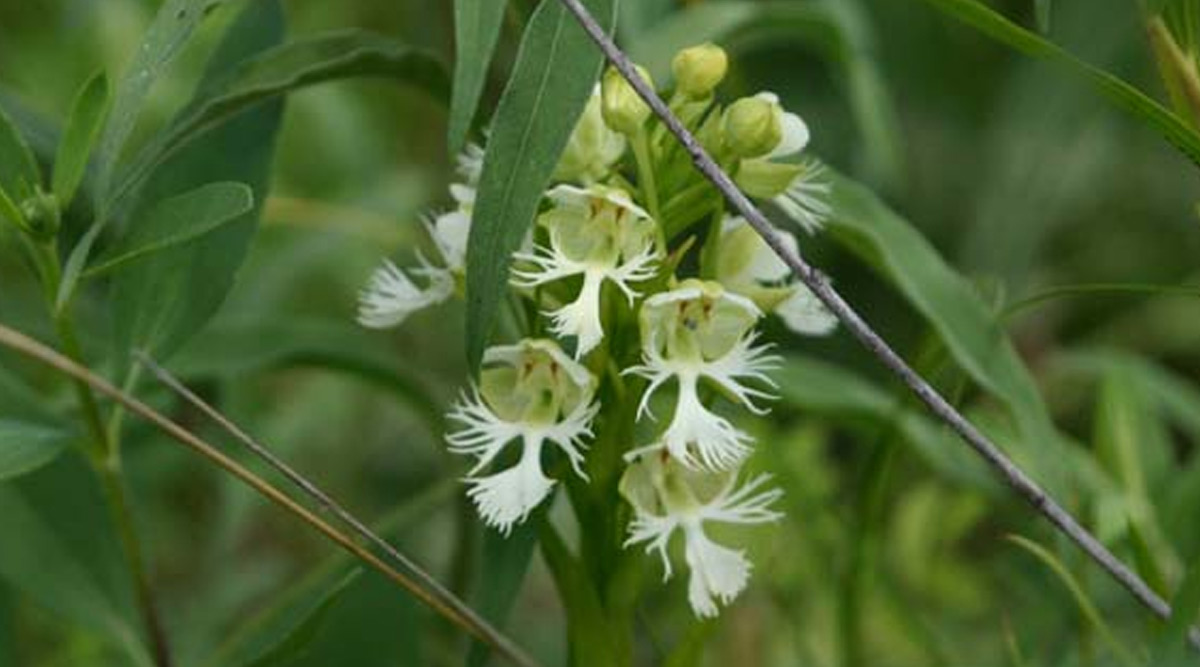 Platanthera praeclara, known as the western prairie fringed orchid and the Great Plains white fringed orchid, is a rare and threatened species of the orchid native. The Endangered species coalition estimates that there are about 172 populations of these plants across the United States. The main threats to these plants are development, overgrazing, fires and global warming. 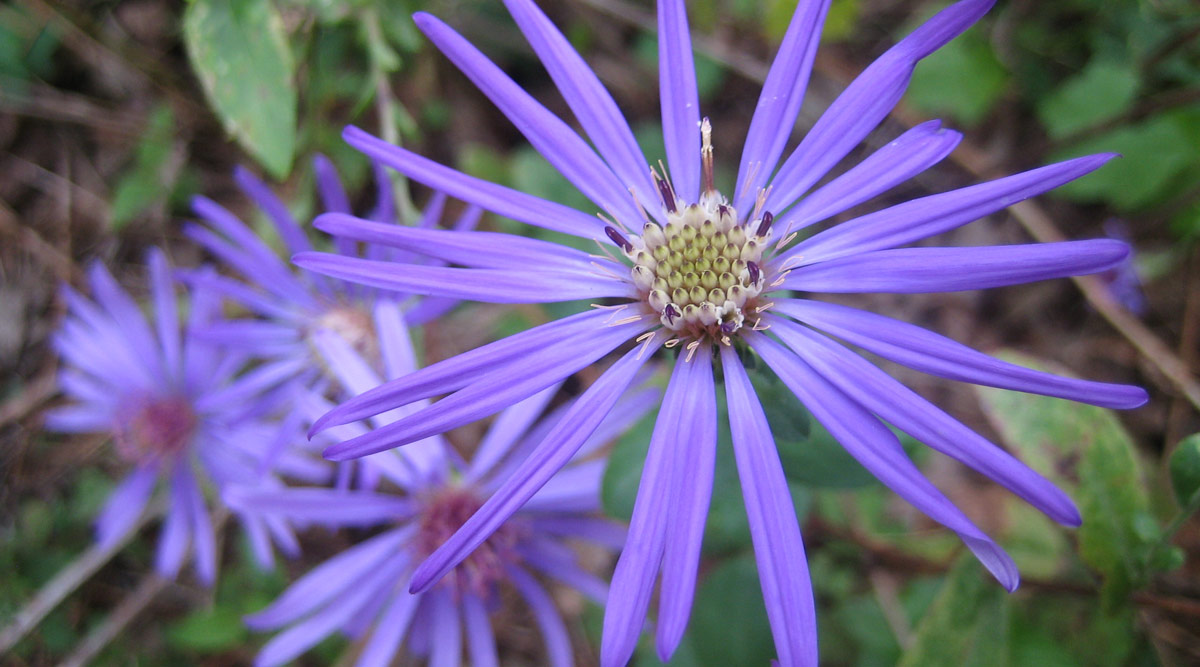 The Symphyotrichum georgianum is now a rare species of flowering plant in the aster family. Native to the United States, these gorgeous-looking flowering plants are now at risk of disappearing, About 60 populations of this plant are currently available. 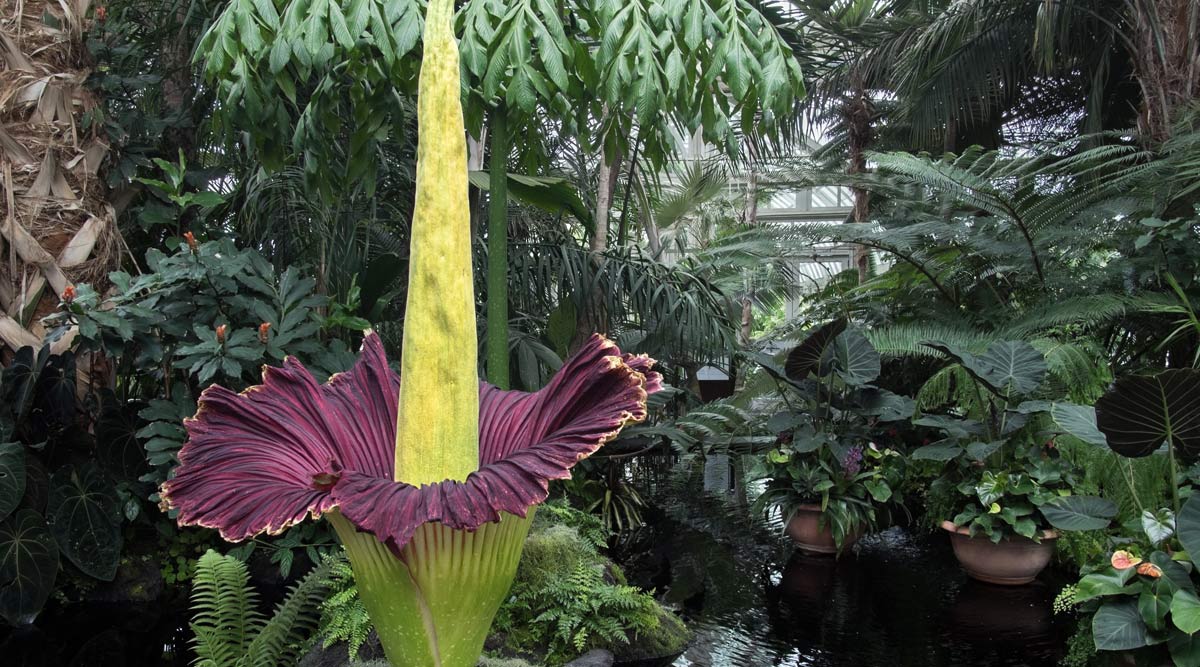 Titan arum, is another flowering plant with the largest unbranched inflorescent in the world. It only grows naturally in two small areas of Indonesia. One of the fascinating aspects of this flower is that it can take up to a decade to bloom. Sadly, such a unique bloom is also in a threat to extinct.

Thelypodium howellii is a rare plant of the Western United State. It is endemic to a relatively small area on the borders of three states, namely Oregon, Nevada and California. As per reports, in 1999, about 30,000 plants remained, but its population dropped annually because of the unnecessary grass mowing in their habitat. 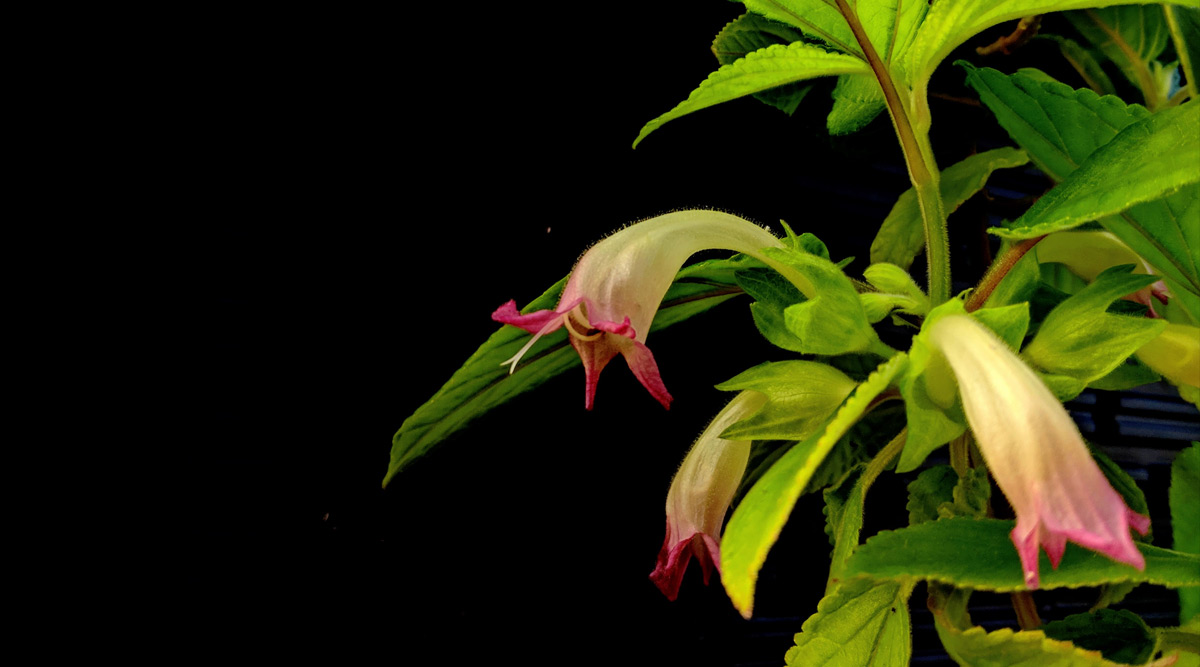 A rare species of flowering plant in the mint family, known by the common name Oahu stenogyne, this plant was declared extinct in 2000. But one sighting of the plant confirmed, it was still alive. Growing only in the Waianae Mountains of the island of Oahu, it is listed as endangered species. 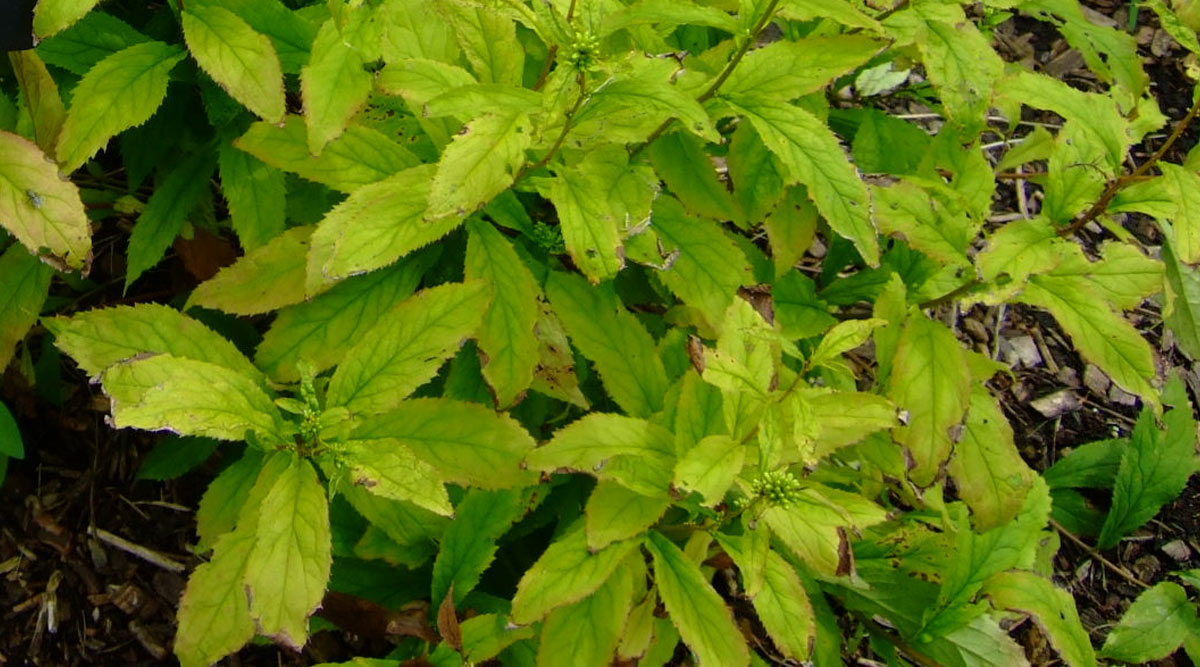 Solidago ouachitensis, a North American species of flowering plants in the aster family known by the common name Ouachita Mountain Goldenrod, it already had a minimal range. Found only in the Ouachita Mountains along the border between Arkansas and Oklahoma in the US.

These are the eight plants that are at the risk of getting extinct. Plants are key to maintaining our natural ecosystems. Now that you know the list of endangered plants, educate your near ones about the same, and try to volunteer to protect the wildlife in your area.

(The above story first appeared on LatestLY on Jun 05, 2020 07:43 AM IST. For more news and updates on politics, world, sports, entertainment and lifestyle, log on to our website latestly.com).