The Indian government's ban on 'Garena Free Fire' in February, along with 53 other Chinese apps, had sent its stocks tumbling. Sea's stock sank by 19 per cent and lost $16 billion in New York on February 14, the steepest decline, though analysts speculated the revenue from India could be less than 10 per cent. 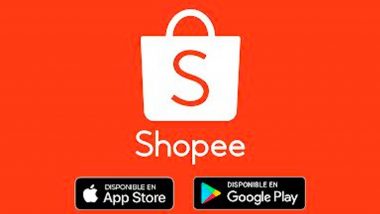 New Delhi, March 28: In a significant development, Singapore-based giant Sea on Monday announced to shut operations of its e-commerce portal Shopee in India, which faced criticism from the local industry bodies and the government recently banned its marquee game 'Garena Free Fire' along with 53 Chinese apps in the country.

Shopee will cease operations in India on Tuesday and aims to process all orders placed before March 29. The company, however, said the decision to shut down e-commerce operation business in India has nothing to do with the government's ban on its popular game but owing to "global market uncertainties."

The Indian government's ban on 'Garena Free Fire' in February, along with 53 other Chinese apps, had sent its stocks tumbling. Sea's stock sank by 19 per cent and lost $16 billion in New York on February 14, the steepest decline, though analysts speculated the revenue from India could be less than 10 per cent. Instagram May Soon Allow Users To Reply to Stories With Voice Message or Image.

"In view of global market uncertainties, we have decided to close our early-stage Shopee India initiative. During this period of transition, we will focus on supporting our local seller and buyer communities and our local team to make the process as smooth as possible," according to a company spokesperson.

"We will continue to focus our efforts on delivering a positive impact to our global communities, in line with our mission to better the lives of the underserved through technology," the spokesperson added.

In January, the Confederation of All India Traders (CAIT) moved to the Competition Commission of India (CCI) against Shopee, claiming that the firm allegedly indulged in predatory pricing and deep discounting tactics and violated the Competition Act.

In a petition submitted with the CCI, CAIT Chairman Praveen Khandelwal said that Shopee is offering hefty discounts on various products by selling them at an extremely low price, thereby hampering other competitors and adversely impacting the Indian marketplace.

"Such predatory pricing is being done with a calculated view to eliminate the traditional and small scale businesses in the country. Thus, Shopee is conducting its business in India in violation of provisions of the Competition Act, 2002," Khandelwal had said.

Khandelwal had claimed that SEA Holdings (the holding company of Shopee) has significant ownership (almost 25 per cent) by Tencent - a known Chinese investment firm. Also, the founder of SEA, Forrest Li, is originally Chinese, but became a naturalised Singaporean only a few years back, he added.

(The above story first appeared on LatestLY on Mar 28, 2022 05:15 PM IST. For more news and updates on politics, world, sports, entertainment and lifestyle, log on to our website latestly.com).