Microsoft on Sunday confirmed that it's not acquiring parts of TikTok’s operations after its bid was rejected by ByteDance. After weeks of talks and very public back and forths involving the Trump administration, Microsoft failed in its attempts to acquire TikTok. 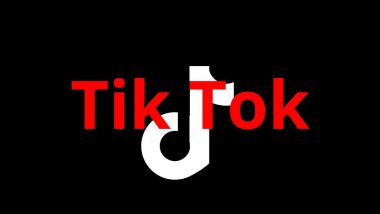 Washington, September 14: Microsoft on Sunday confirmed that it's not acquiring parts of TikTok’s operations after its bid was rejected by ByteDance. After weeks of talks and back and forth involving the Trump administration, Microsoft failed in its attempts to acquire TikTok. According to a report on the Verge, there are reports that after Microsoft's bid was rejected, Oracle is poised to become TikTok's 'trusted-tech partner' in US. However, there has been no confirmation on the same and Oracle hasn't commented on this development.

Microsft in a statement said, "ByteDance let us know today they would not be selling TikTok’s US operations to Microsoft. We are confident our proposal would have been good for TikTok’s users while protecting national security interests. To do this, we would have made significant changes to ensure the service met the highest standards for security, privacy, online safety, and combatting disinformation, and we made these principles clear in our August statement. We look forward to seeing how the service evolves in these important areas.” TikTok App Banned by Indian Government, Chinese Company ByteDance Stand to Lose More Than Rs 3 Crore Everyday in Revenues.

According to sources quoted in an AP report, after TikTok has rejected Microsoft's offer, ByteDance has chosen Oracle over Microsoft as its preferred suitor to buy the popular video-sharing app.

President Donald Trump initially threatened a September 15th deadline for a TikTok sale, before setting November 12th as the final deadline, with the threat of a potential ban. The order required ByteDance to destroy any TikTok data from US users, and report to the Committee on Foreign Investment in the United States once all the data has been destroyed. In addition to this, the executive order also stated that ByteDance must destroy any data collected from the TikTok precursor app Musical.ly, which the company bought in 2017.

That’s led to TikTok suing the Trump administration over an alleged lack of due process, and the potential of China blocking a deal or allowing it to be sold without its key algorithm.

(The above story first appeared on LatestLY on Sep 14, 2020 07:25 AM IST. For more news and updates on politics, world, sports, entertainment and lifestyle, log on to our website latestly.com).