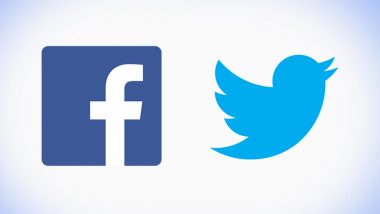 San Francisco, May 29: Far from expanding the scope of free speech online, US President Donald Trump's executive order on "preventing online censorship" may have the opposite effect, social media giants Facebook and Twitter have said. While Facebook said that it will "restrict more speech online, not less", Twitter called the executive order a reactionary and politicised approach to a landmark law.

Trump signed an executive order on Friday in a bid to strip social media platforms of some of the legal protections that they enjoy. The order seeks to blunt Section 230 of the 1996 Communications Decency Act which generally protects internet companies from legal liability for user comments. Trump's offensive came on the back of fact checks by Twitter which took the form of a hyperlink that tagged onto exactly two of Trump's tweets and said "Get the facts about mail-in ballots".

"This EO is a reactionary and politicized approach to a landmark law. #Section230 protects American innovation and freedom of expression, and it's underpinned by democratic values. Attempts to unilaterally erode it threaten the future of online speech and Internet freedoms," said a tweet from Twitter Public Policy account.

"Facebook is a platform for diverse views. We believe in protecting freedom of expression on our services while protecting our community from harmful content including content designed to stop voters from exercising their right to vote," a Facebook spokesperson said. "Those rules apply to everybody. Repealing or limiting section 230 will have the opposite effect. It will restrict more speech online, not less. "By exposing companies to potential liability for everything that billions of people around the world say, this would penalize companies that choose to allow controversial speech and encourage platforms to censor anything that might offend anyone," the spokesperson added.

(The above story first appeared on LatestLY on May 29, 2020 03:50 PM IST. For more news and updates on politics, world, sports, entertainment and lifestyle, log on to our website latestly.com).