As per the report, the man, who is from Germany, has been paralyzed due to Amyotrophic lateral sclerosis (ALS). he has been in this condition since February 2019. 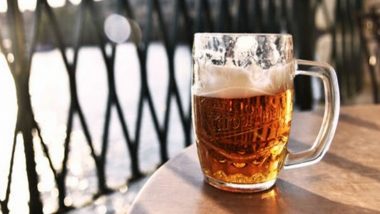 A 36-year-old man paralyzed man, who was unable to communicate for months due to paralysis, spoke for the first time with the help of a brain chip. The doctor implanted a mind-reading chip in the man and with the help of that chip the man ask his caregivers for a beer.

As per a report, the man asked for a few more things along with a beer, the man asked to listen to the band Tool “loud”, requested a head massage from his mother, and ordered a curry, all through the power of thought. He also wrote a message to his son, which said “I love my cool son.” He composed sentences at a rate of just one character per minute, according to the report. Non-Alcoholic Beer? Researchers Have Developed One That Tastes Exactly Like the Regular!.

As per the report, the man, who is from Germany, has been paralyzed due to Amyotrophic lateral sclerosis (ALS). he has been in this condition since February 2019. The man underwent surgery, where the doctors planted two small electrodes into his motor cortex to facilitate communication.

(The above story first appeared on LatestLY on Mar 26, 2022 12:34 PM IST. For more news and updates on politics, world, sports, entertainment and lifestyle, log on to our website latestly.com).