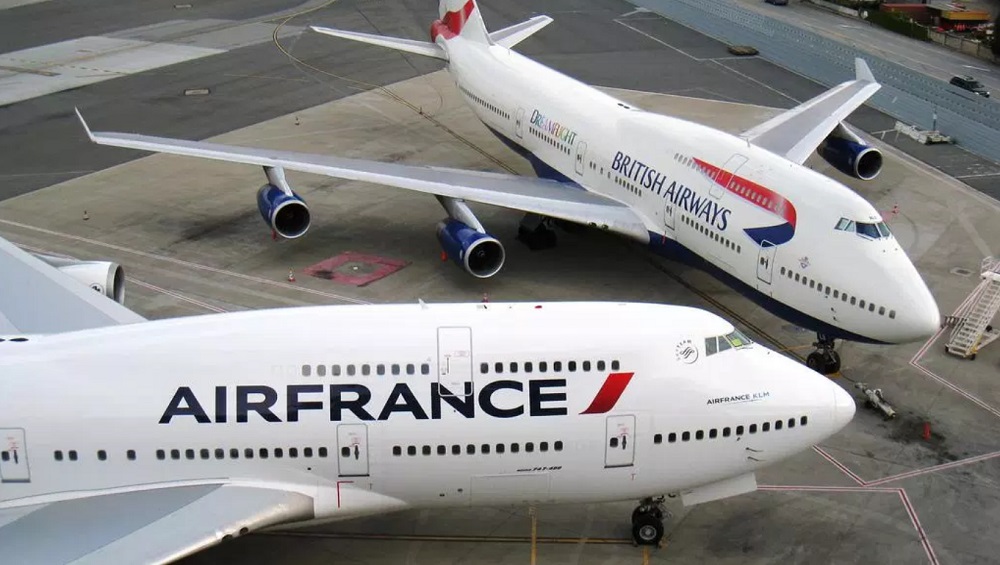 Paris, February 27: Air France is to cut 1,500 jobs, mostly ground staff, by late 2022, union sources told AFP Thursday, although the company insisted talks with labour representatives have not yet concluded. Unions said the airline informed them it would avoid forced layoffs, and the cuts would come from natural attrition, mainly from support departments such as human resources and logistics.

During the same period, some 3,800 people are projected to leave organically, either through retirement, death, resignation or dismissal. Approached by AFP, Air France said it would not confirm the figures because "discussions are still under way" with trade unions. Air France Offers to Snap up French Airline Aigle Azur as Thousands Stranded.

"If there are any changes to the workforce, they will result exclusively from natural departures, without any forced departures," a spokesperson said, adding the company would continue hiring in certain posts. Earlier Thursday, Air France said it was taking cost-cutting measures, including a partial hiring freeze, to offset the impact of the coronavirus outbreak on the travel sector.

The effect on airline passenger traffic from the COVID-19 virus "increased strongly since last week, with cancellations not only to China and Asia, but to destinations across our entire network," Air France financial director Steven Zaat said in a letter to managers seen by AFP.

Air France, its partner airline KLM and others have suspended most if not all flights to China, the epicentre of the coronavirus outbreak that has killed over 2,700 people and infected more than 80,000.

Last week, the International Air Transport Association said it estimates that airlines operating in the Asia-Pacific region stand to lose a combined $27.8 billion in revenue this year due to the coronavirus crisis.