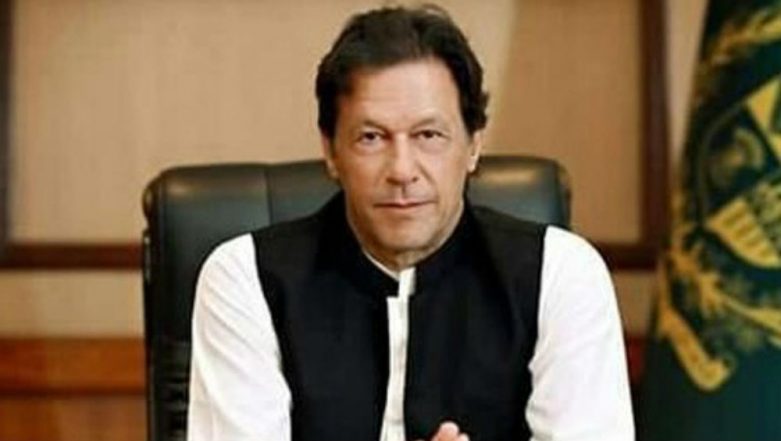 Islamabad, July 8: Pakistan Prime Minister Imran Khan has expressed his desire to stay at the country's ambassadors official residence in Washington instead of an expensive hotel during his three-day visit to the US starting on July 21, the media reported on Monday. While staying at the Ambassador Asad Majeed Khan's residence can considerably reduce the cost of the visit, Dawn news reported, adding that neither the US Secret Service nor the city administration appeared "very receptive" to the idea.

The US Secret Service takes over the security of a visiting dignitary as soon as he or she lands in America, while the city administration has to ensure that the visit does not disrupt Washington's traffic. Washington receives hundreds of Presidents and Prime Ministers every year and the US federal government works jointly with the city administration to ensure that those visits do not disturb the capital's normal life. Cash-Strapped Pakistan to Get USD 3.4 Billion Loan From ADB for Budgetary Support.

The Ambassador's residence is in the heart of Washington's diplomatic enclave, where there are at least a dozen embassies in and around that area, including those of India, Turkey and Japan. A visiting government head also holds a number of meetings with US officials, lawmakers and media and think-tank representatives during his stay in Washington, Dawn said in the report.

Since the residence is not large enough for all these meetings, Khan will have to meet his guests at the Pakistan embassy, commuting through Washington's busy traffic during rush hours. To do so, his entourage will have to drive by most of these embassies as well as US Vice President Mike Pence's official residence.