Karex, a Malaysia-based company, is the largest condom manufacturer in the world. Reportedly, one out of every five condoms worldwide is manufactured by the global giant. 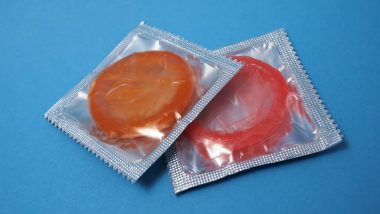 The world's largest manufacturer of condoms, Karex is now focusing on producing medical hand gloves amid the plummeting condom sales. Reportedly, Karex said that the use of its products slumped as much as 40% in the last two years. The company seeks to make up for the loss in condom sales due to the COVID-19 pandemic through increased glove sales.

It was speculated that spending more time inside the homes due to COVID-19 lockdowns, closures, and other restrictions might result in more sex which would increase condom sales, however, the latest trend does not support this speculation. Sexual activity using the contraceptives did not increase even as people stayed home, Nikkei Asia reported, quoting Karex CEO Goh Miah Kiat as saying. The suspension of contraceptive distribution programs by many countries across the world is also said to be one of many reasons for declined condom sales. 'World's First-Ever Unisex Condom’ Invented by a Malaysian Gynaecologist.

Karex, a Malaysia-based company, is the largest condom manufacturer in the world. Reportedly, one out of every five condoms worldwide is manufactured by the global giant.

(The above story first appeared on LatestLY on Jan 11, 2022 01:06 PM IST. For more news and updates on politics, world, sports, entertainment and lifestyle, log on to our website latestly.com).