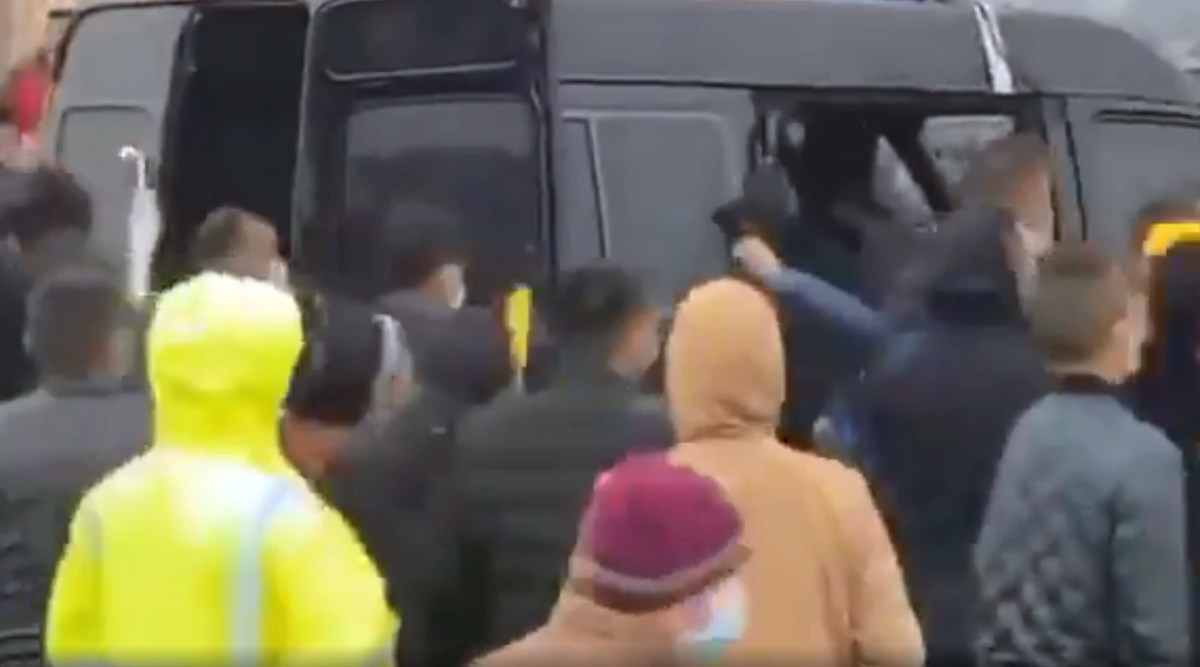 Beijing, March 28: Incidents of violent clashes erupting in the Chinese mainland have been reported as people in huge crowds, jamming buses and trains, are trying the leave the central province of Hubei -- centre of the coronavirus outbreak -- days after Beijing relaxed the two-month lockdown.

Canadian media outlet, The Globe and Mail, citing several videos posted on Chinese social media, reported on Friday that similar clashes took place on a bridge that links the Hubei province with the neighbouring Jiangxi province.

The online videos also showed police vehicles being overturned and police scuffled with each other amid large crowds of people shouting for opening the blockade.

1/ Riot outbreaks on border bridge between Hubei and Jiangxi in China today.

It escalates into mess riot which blocked whole bridge.

The confrontation came after a line of uniformed officers behind riot shields, positioned across the bridge and blocked entry to people from Hubei into Jiangxi, local media reported.

The clashes took place between 3 pm and 6 pm, a worker at a toll booth on the bridge told The Globe and Mail in an interview on Friday evening."It was on the middle of the bridge somewhere that the block was put in place," said Huang, a worker, without divulging further details to the foreign media.

According to official government policy, those who live outside Wuhan and are considered healthy have been allowed to resume travels since Wednesday. Authorities re-opened railways and long-distance bus service, and completely remove all highway roadblocks by Friday.

The Hubei province has reported only a single new case of the deadly infection in the past week. The province counts nearly 68,000 confirmed cases and says 3,174 people have died from COVID-19 since the outbreak began late last year.

On Friday, authorities downgraded the virus risk classification of Wuhan from "high risk" to "medium risk." The tight lockdown measures in the city are scheduled to ease on April 8.

However, health officials have acknowledged that their tally of confirmed cases does not include people who have the virus but those who have not shown the symptoms. Those asymptomatic cases are believed to number in the tens of thousands, the report said.

More than 81,000 people have been infected by coronavirus in the mainland while over 3,000 succumbed to the infection, according to the data compiled by Johns Hopkins University.