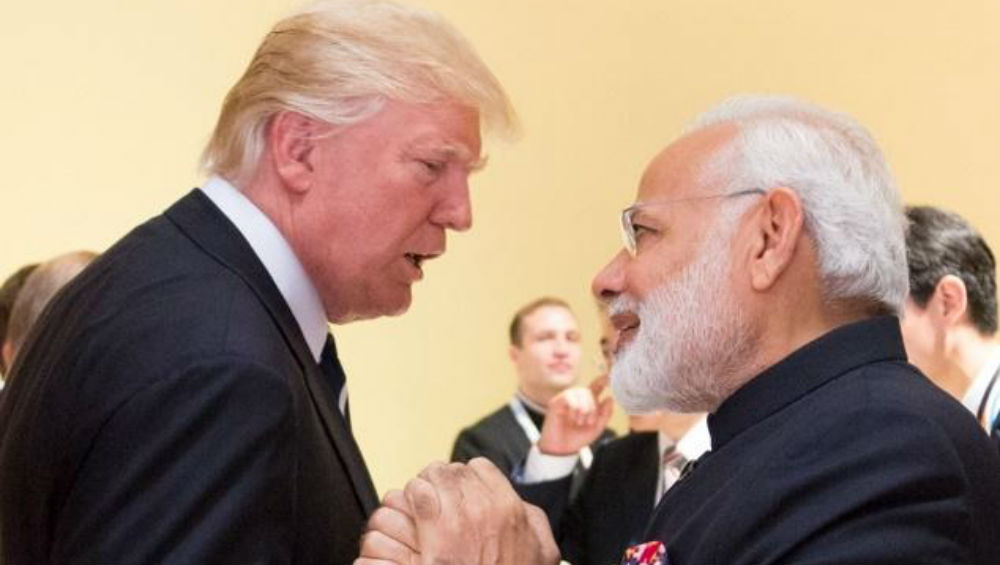 Washington, February 12: US President Donald Trump expressed his eagerness in going to India later this month. A day after White House announced that Trump would be travelling to Ahmedabad in Gujarat and New Delhi on February 24 and 25, he told the reporters in the Oval Office, "I look forward to going to India". Referring to PM Narendra Modi, Trump said, "He's (PM Modi) a friend of mine, he's a great gentleman and I look forward to going to India. So we'll be going at the end of the month." Donald Trump to Visit India on February 24, 25: White House.

White House Press Secretary Stephanie Grisham on Tuesday said that President Trump and First Lady Melania Trump will travel to New Delhi and Ahmedabad during the visit from February 24-25. His predecessor, Barack Obama, had travelled to India twice, in 2010 and 2015. The White House informed that Trump's trip is meant to strengthen the India-US strategic partnership and highlight the strong and enduring bonds between the American and Indian people.

US President Donald Trump: He's (PM Modi) a friend of mine, he's a great gentleman and I look forward to going to India. So we'll be going at the end of the month. https://t.co/OJIZ2vaGJ8

Further speaking about his upcoming India visit and his event at Ahmedabad's Motera Stadium, Trump said, "PM Modi said we will have millions and millions of people, around 5-7 million people just from the airport to the new stadium. It is the largest stadium in the world. "

On a lighter note, PM Modi further said that his New Hampshire rally was held a day earlier, and was attended by an estimated 40,000 to 50,000 people, and Modi might not feel so good with that number.